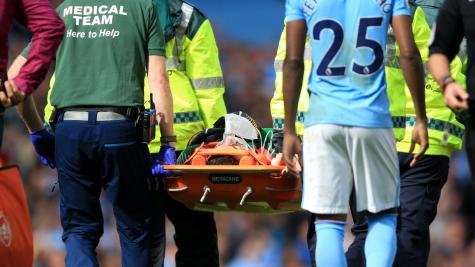 Yesterday in the early kick off Manchester City hosted Liverpool and it was safe to say Jurgen Klopps side took an absolute beating as City ended up 5-0 winners.

Liverpool started the game brightly and could’ve found themselves 1-0 up numerous times as they got in behind but they just couldn’t finish their chances. City on the other hand took their very first chance as Kevin De Bruyne picked out Sergio Aguero and the Argentine rounded Mignolet to put City 1-0 against the run of play.

The game was very much end to end stuff and was making for a great spectacle but that changed in the 37th minute when Sadio Mane was played through buy a looping ball and as Ederson has come out to head the ball Mane has planted his for into the City keepers face after Ederson gets the ball. It was unintentional but Jon Moss sent the Liverpool man off much to the anger of Liverpool fans as City went on to win 5-0. 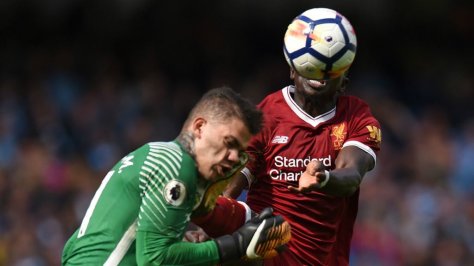 The incident has provoked a massive response as to whether it was a sending off or not and here’s my take on the incident.

Was it a red card?

When I watched the game live and i saw it happen i thought like many others that it wasn’t a red card and that Mane is more than entitled to go for the ball.

However, once we see the replays from different angles there’s no way that isn’t a red card. Yes Mane was entitled to go for the ball and it is also true that he only had eyes for the ball and there was no intent to hurt Ederson. But, Mane is still engaging in dangerous play and once Ederson gets there first anything that happens after that is a foul by Mane and unfortunately with his foot that high he really hurts Ederson and any blow to the head like that is dangerous play. It is spoken about a lot that Mane is entitled to go for that ball which is correct but he does so with an added risk just like any player going in for a 50/50 tackle.

In Fifa’s Laws Of The Game for 2017-18, it is stated: “Serious foul play – a tackle or challenge that endangers the safety of an opponent or uses excessive force of brutality must be sanctioned as serious foul play.” Unfortunately, Mane’s challenge did endanger the safety of Ederson and was subsequently given as a red card.

If you flip it on its head and Mane gets to the ball first and Ederson still goes in with his head and headbutts Mane accidentally it is a red card for the City goalkeeper for serious foul play as it would endanger Sadio Mane.

Mane has since come out with a classy apology to Ederson explaining that he did not mean to hurt him and Ederson even made it out for the last five minutes of the game so atlas he will have no lasting injuries.

What are your thoughts on the red card and do you think it had an impact on the result of the game? Let us know in the comments section below?