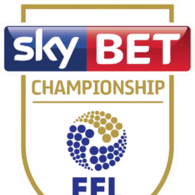 As another thrilling Championship season gets underway we take a look at who are currently the best strikers in the division. The Championship is near impossible to predict and the top scorer charts is also one of those things. Last season we had the likes of Chris Wood, Dwight Gayle and Tammy Abraham, Wood and Abraham especially I don’t think anyone expected to have the seasons they had.

We have of course had some front runners in the top scorer charts that have got off to flying starts such as Bristol City’s Bobby Reid, Hull City’s  Jarrod Bowen and Ipswich Town’s Martyn Waghorn but this is who currently I believe are the three best strikers in the division:

Since his move from Watford to Southend, Britt Assombalonga has been terrorising Football League defences ever since scoring a total of 73 goals since 2012 with Southend, Peterborough, Nottingham Forest and now Middlesbrough. A record signing in the Championship, after singing for £15 million from Forest, Assombalonga has started this campaign brightly with 5 goals in 8 appearances so far for Garry Monk’s side. Middlesbrough, themselves, haven’t had the brightest of starts but if he can stay fit, Assombalonga will be crucial to their success this season.

Jonathan Kodjia is certainly a man who knows where the net is at this level. After joining Bristol City from Ligue 2 outfit, Angers in 2015, he scored an impressive 19 goals in his debut season and Kodjia, now at Aston Villa,  had a solid season last time out  as well netting another 19 goals in 36 appearances. There seems to be a much unwanted expectation on the Ivorian’s head, which will come from playing for a big club like Aston Villa, but if he can keep his head down stick to playing football, Kodjia really will be imperative to Villa’s chances this season.

Many may feel this is a contentious one but I really think Daryl Murphy is an underrated striker these days. The 34 year-old is a very experienced head at this level and has scored a lot of goals in it. The former Ipswich man scored 50 goals in 127 appearances including a wonderful 2014-15 campaign in which he netted 27 goals. Now at Nottingham Forest, Murphy has made an impressive start to life in the East Midlands scoring 6 goals in his opening 11 appearances. The Irish international will have a pivotal part to play for Forest this season with experience being something they lacked last term.

So there is our 3 best strikers currently in the Championship. It will be a different list come the end of the season I’m sure with the likes of Wolves forwards Diogo Jota and Leo Bonatini that look like they are going to have stellar seasons.

Let us know your top 3 strikers in the Championship below!