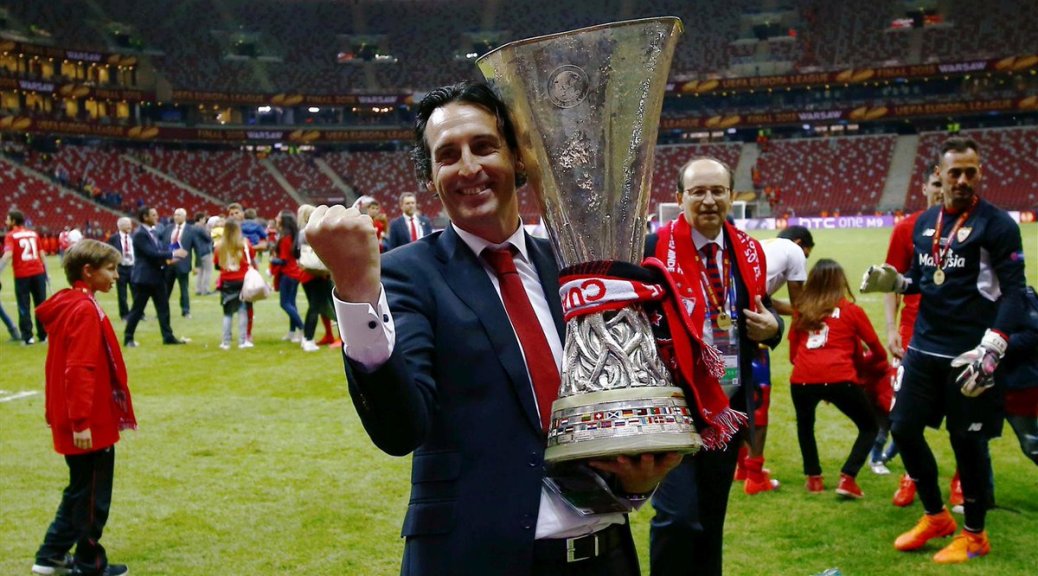 With Arsenal currently out of the top 4 and out of all domestic competitions, could the Europa League be Arsenal’s saving grace?

After their recent 3-0 win over BATE, Unai Emery’s side progressed to the round of 16 of the competition where they are set to face French side Rennes.

The 2019 Europa League final is set to be hosted in Baku, Azerbaijan. And come the 29th May, the Gunners will be hoping to return to the city for the second time this season following their 3-0 triumph over Qarabag in the group stages.

The city of Baku may become a familiar sight for many players after it’s Olympic Stadium was chosen to host 4 matches during the 2020 Euros, including a Quarter Final match on the 4th July.

The competition is Arsenal’s only real hope of silverware this season after crashing out of the FA and Carabao Cup. Winning the Europa League wouldn’t just present Emery with his first trophy with Arsenal, but would also earn his side Champions League qualification, concluding his first season as a successful transition from the Wenger era.

With Emery at the helm, Arsenal fans should be quietly confident of their chances in Europe this season. The Spaniard boasts an impressive record in the Europa League, winning the competition 3 seasons in a row when in charge of Spanish side Sevilla. This places Emery alongside Giovanni Trapattoni as the only managers to have won the competition 3 times, the latter winning the honour with Juventus twice and Inter Milan.

Should Arsenal go on to win the cup, Emery would achieve what Wenger couldn’t in the shape of a European trophy. Wenger reached the final of the Europa League in 2000 but eventually bowed out to Galatasaray via penalties after a scoreless game.

Arsenal’s only previous success in the competition came back in 1994 during their Cup Winners’ Cup campaign, before it was re-branded the Europa League in the 98-99 season. But it seems Arsenal have the right man in charge to help bring European success back to the Gunners.

The Arsenal side at present are 3rd favourites to win the competition behind London rivals Chelsea and Italian giants Napoli, but are first faced by a difficult challenge when they fly to France for their first leg clash against Stade Rennais F.C. on the 7th March.

The French side progressed into the round of 16 after beating Real Betis in a goal-filled tie that ended 6-4 on aggregate. With the French side scoring frequently this season, they could present a heavily-criticised Arsenal defence with a few problems in their road to the final.

Is it realistic for Arsenal to target European success this season?