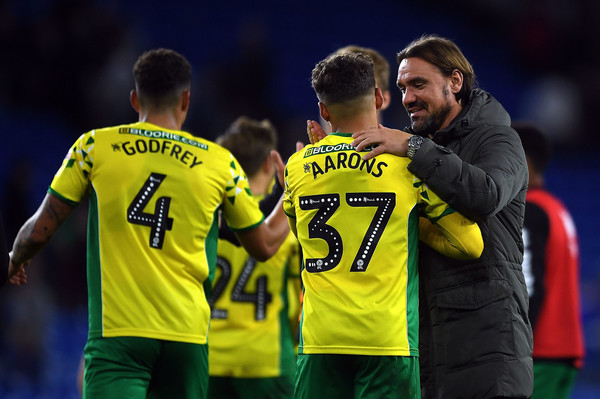 The change in Norwich City’s fortunes this season has been staggering, a 14th place finish last year said it all, neither coming or going, middle of the road.

Murmurings of discontent over manager Daniel Farke could be heard in and outside of Carrow Road on match days, sales of City youth prospects Josh and Jacob Murphy and star player James Maddison to the Premier league contributed to much needed funds but added to some canary fans ire of Farke.

It’s Farke’s second season in charge and he’s now had 2 summer transfer windows to get ‘his’ players in and also for those players to understand and fully implement the Germans philosophy, the exciting brand of attacking football hasn’t always worked in the past but is now in full force.

The yellows now have total belief that they can win any game and come back from any deficit at any time, the incredible games against Millwall, Bolton Wanderers, Nottingham Forest and most recently Bristol City showed the resilience they have.

The staggering form of new signing Teemu Pukki has been a major factor in city’s form this season, the Finn was signed on a free transfer from Danish side Brondby in what now looks like best signing in the championship this season, his 23 goals so far see Pukki top of the championship scoring chart and how important some of those goals have been to get Norwich to the top of the league.

The performances of Norwich City full backs Jamal Lewis and Max Aarons have allowed City to attack from defence. Consistent top drawer and reliable performances have also attracted the attention of Premier League sides and if to be believed in the case of the Aarons a certain Premier League chasing Tottenham Hotspur.

In midfield the emergence of Marco Stiepermann has been a huge bonus, and the dazzling displays of tricky Cuban born German winger Onel Hernandez mixed with his terrific ability to link up with Teemu Pukki have seen many great moments and goals for the canaries fans. Big game displays from German Moritz leitner and Bosnian star Mario vrancic have pushed City forward in the middle of the park, the Bosnian was labeled “my Mario Gotze” by current Liverpool manager Jurgen Klopp during their time together at German club Mainz.

Speaking to a lifelong Norwich City fan Tom Dunbar, there are 2 other talents he believes deserve credit for their excellent outings this season, Centre Half Ben Godfrey and Dereham born Todd Cantwell, the latter of which Dunbar says is “one of the players of the season” for City, and it’s hard to disagree, the City youth player has been a revelation since making his debut this season.

With all these elements along with shrewd management and total faith and belief in everything Farke does, Norwich have an exciting final push for Premier League promotion ahead and one the yellows faithful will be cheering on rapidly from the famous Barclay end snake pit.

On the ball City!…