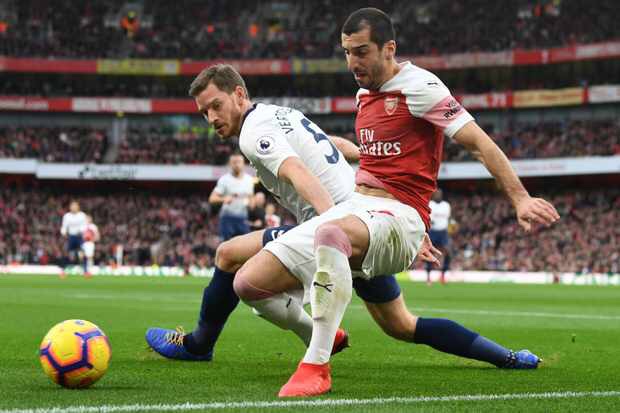 This Saturday afternoon sees the 182nd North London derby as Tottenham host Arsenal at Wembley. Spurs will be looking to bounce back from Wednesday’s defeat to London rivals Chelsea.

Since Tottenham lost 2-1 to Burnley in the Premier League, the Lilywhites might have liked a more comfortable 2 games to get back on their horse, but a trip to Chelsea followed by the North London derby isn’t what Mauricio Pochettino would have wanted. The loss to Chelsea saw the Spurs defence all over the place, first allowing Pedro to run through them and score from close range followed by Keiran Trippier slotting past Lloris for the Blues’ second in a moment of total miscommunication. Tottenham will have to tighten up their usually strong defence if they hope to stop a free-firing Arsenal frontline.

One positive for Spurs is that in the last 5 games against the Gunners they have won 3 with 2 of those being at home. The chance of winning the league may have all but faded but Tottenham need to stop the rot and make sure they don’t drop out of the top 4 with Chelsea, Arsenal and Manchester United all breathing down their necks.

For Arsenal, the derby comes off the back of a comfortable 5-1 win over Bournemouth at the Emirates. The Gunners are picking up steam again after the 3-1 loss to Manchester City at the start of February and will be looking to avenge the 2-0 defeat to Spurs in the Carabao cup in December.

Arsenal will hope to keep their frontline scoring with Frenchman Alexandre Lacazette looking to score for the third game in a row. Armenian Henrikh Mkhitaryan has had a slow start to life at the Emirates since the trade which saw Alexis Sanchez move the other way to Old Trafford but has now scored 2 in 2 and will hope to add to his recent upturn in form. Mesut Ozil chipped in with a goal in the last game and can be extremely dangerous but with the German never certain to start, we will have to wait and see if he can play a big role against Tottenham. Confidence is flowing and the creative players are scoring, and luckily for the Gunners, it’s come just in time for the massive derby game.

Harry Kane being back fit is a huge bonus and will surely be key in the absence of Deli Alli. Additionally, Eric Dier will still be missing following his bout of tonsillitis. For the Gunners, Laurent Koscielny could be a doubt and a big loss to an Arsenal backline already without Hector Bellerin.

With a great match in prospect on Saturday, a win for Arsenal will see them just one point away from Spurs, something their rivals will be looking to stop at any cost.