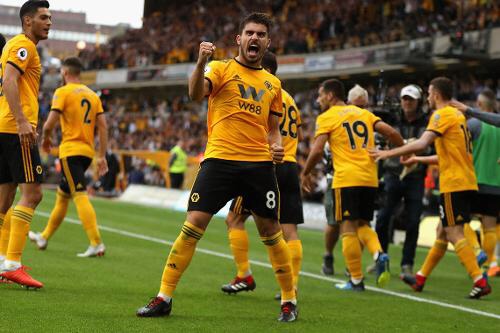 Wolverhampton Wanderers are undoubtedly having a fantastic season currently sitting 7th in the premier league , will we see them push even further and challenge for the top 6?

Wolves have been a team to watch ever since the Fosun takeover in July 2016. The Wanderers have been very active in the transfer market over the past couple of seasons with the signing of key players such as Ruben Neves , Adama Traore , Rui Patricio , Diogo Jota and powerhouse central defender Wily Boly. Spending over 100 million it was a busy summer for Wolves however they managed to accumulate 20 million from outgoings.

On the 31st of May 2017 Nuno Espirito Santo was appointed Wolves boss. Wolves ended up having an immense season , winning the championship comfortably. Ruben Neves ended up living up to the hype and Wily Boly turned out to be an excellent loan signing. 3 of their players made the PFA championship team of the season.

In pre season predictions Wolves were never specified in the relegation picture nonetheless they also weren’t deemed to be only one place behind Chelsea at this stage of the season. Wolves had a blistering start losing just one of their first eight games , additionally picking up 1-1 draws with both Manchester clubs. Despite the Wanderers having a poor run of games losing 6 out of 7 games in October through to the end of November. They were strong enough to bounce back with 3 wins in a row beating Chelsea , Newcastle and Bournemouth. Still in the FA Cup Wolves could potentially be going to Wembley, however a revolutionised Manchester United team stand in their way. Wolves have been consistently picking up points for the duration of the campaign and are set out for top 10 finish come may.

How can they break the deadlock of the top 6 ?

As many people believe there is a great boundary between the top 6 and the rest of the league , it tends to be because the “Top” teams can attract better players as a result of European football and their status in the game. Nevertheless Wolves have been able to attract many high calibre players such as Joao Moutinho , Rui Patricio and Diogo Jota. Wolves’ outstanding performance in the league will also increase interest from players around Europe as they will look to build on a solid season.

Wolves are now recognised as a rich club with ambitious owners , despite Wolves already achieving a considerable amount they want to accomplish more. Wolves already have a stable Premier league team and their owners are highly ambitious and keep injecting money into the club. Should Wolves finish 7th place and gain European football they will be able to take the next step up and attract top 6 quality players. Despite it being a challenging task we’ve seen many clubs break into the top 6 before. On the other hand clubs like Everton can never seem to break the top 6. Its clear that it takes good management to become a top 6 club , Nuno Espirito Santo has done a tremendous job therefore Wolves are the front runners to break into the top 6 . Fosun international stated earlier this year they are targeting to win the Premier league by 2025 , this obviously puts pressure on the management team and also states Wolves are an enthusiastic and determined to become a top English club. Providing Wolves sustain the improvement they have a prospect of finishing in the top 6 in the coming seasons.

Do you think Wolves can win the Premier League by 2025 ?

6 thoughts on “Can Wolves break into the top 6 in the next three seasons?”