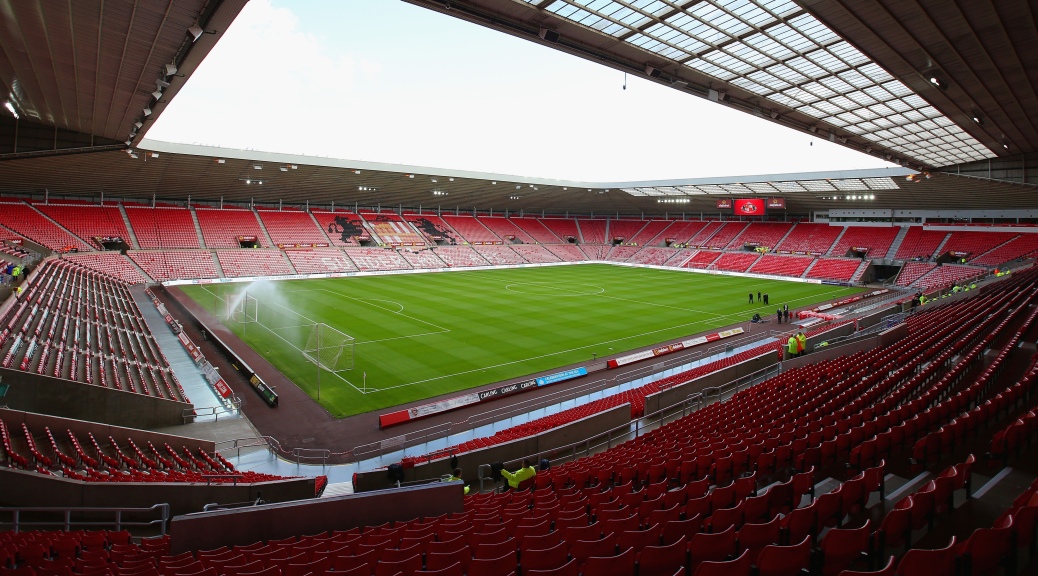 The decline of Sunderland has been slow and painful to watch over the last few seasons. After managing to escape relegation from the Premier League by the skin of their teeth year on year, when the inevitable finally happened in 2017, there wasn’t much hope of an immediate return to the top flight.

But after back to back relegation to League One, the club were in free fall, managers Simon Grayson and Chris Coleman were unable to stop the rot, and the club began their first season in English footballs third tier for the first time since 1987/88. New manager Jack Ross has been tasked with steering the club back to the upper echelons of the game, but does this young manager have what it takes?

Jack Ross has a very fan friendly style of football, preferring to keep the ball on the deck and encourages his defenders to play out from the back. His teams are attacking but are also disciplined at the back, this can be seen this season with Sunderland’s solid defence, only conceding 32 goals in 34 games while scoring 61 themselves. This season he has primarily set up in a 4-2-3-1 system, deploying two defensive midfielders giving the three attacking players in front of them freedom to roam, which has led to Aiden McGeady, Chris Maguire and George Honeyman enjoying very good seasons respectively.

Experienced winger Aiden McGeady is a cut above League One level, the Republic of Ireland star has played in the Premier League and Champions League, as well as two European Championships with his national side. He has 11 goals and 6 assists so far this season, and is already enjoying the best goal scoring season of his career with another two months of the season left to play. Primarily playing off the left hand side, McGeady has terrorised League One defenders all season, and if Sunderland weren’t to go up this season, there’s a good chance he’ll move on from Wearside in the summer.

Lee Cattermole has been around the North East club since 2009 but many felt he’d call time on his Black Cats career following last seasons relegation. That he not only stayed but has become arguably one of Sunderland’s most important players would have surprised most fans. What would have surprised even more fans is the fact that he has scored the same amount of goals this season (5) as he had in his previous ten seasons combined. The midfield enforcer has reinvented himself as a goal scoring midfielder almost in the mould of Frank Lampard, and his experience and leadership will be vital in the run in.

Jack Ross’ has undoubtedly brought the good times back to the Stadium of Light, sitting pretty in third place with a game in hand over second place Barnsley, as well as reaching the EFL Trophy final to be played at the end of this month. His side have only lost two league games this campaign, only Liverpool have lost fewer games in the top 4 English Leagues. Perhaps the teams downfall has been that they have drawn too many games, with more draws than anyone else in League One (14). The Black Cats have only lost once against the other top six sides, and have took all three points against Barnsley (4-2) Charlton (2-1) and Doncaster (1-0). With huge upcoming games with Barnsley and Portsmouth, they will be hoping they can continue this record.

Sunderland definitely seem to be hitting form at the right time which is exactly what the fans will want to see. A draw with Accrington has been followed up with four unprecedented wins over Gillingham (4-2) Bristol Rovers (2-0) Plymouth (2-0) and another win over Bristol rovers to cement their place in the EFL Trophy final against Portsmouth.

Their run in sees them face top 10 sides Coventry, Doncaster, Peterborough and Portsmouth before finishing with a trip to 13th placed Southend on the final day. With a very tough few games to end the season, it’s vital to Sunderland that they are in a healthy position before heading into these games, and will need some very big performances to keep their automatic promotion hopes alive.

With a tough run in and their focus potentially turning to their Wembley date in the EFL Trophy showpiece, Sunderland may struggle to finish in the automatic promotion places, despite their good form of late. But don’t rule out Jack Ross’ side finishing strong to trouble the top two spots, and potentially scoop the title.

Will Sunderland take all the spoils this season in the EFL Trophy & gaining automatic promotion or will they fall short to peaking too early?