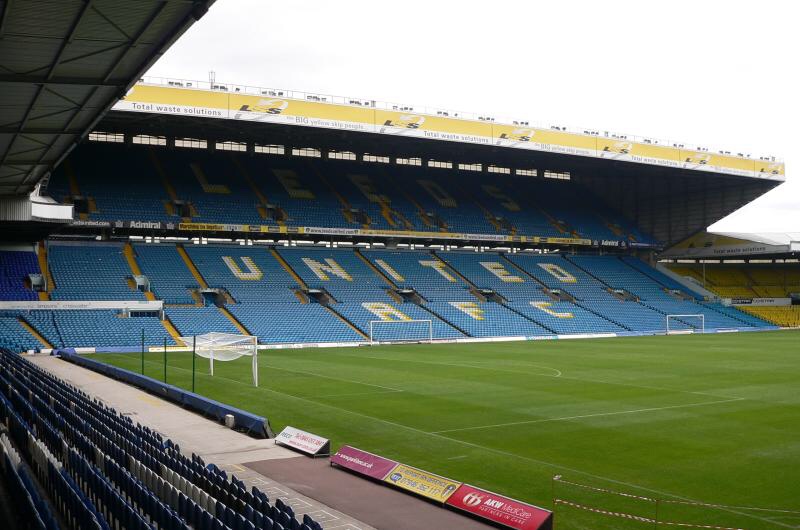 It’s often been said by fans up and down the country that Leeds need to be back in the Premier League, despite the club being almost universally hated due to their past success and perceived “dirty” style of play in their 60’s and 70’s heyday. Leeds are quite simply a huge club who have been stagnating ever since they were relegated from the top flight in 2004, they haven’t reached the play offs since 2006 and even had a spell in League One.

New gaffer Marcelo Bielsa’s summer arrival could have gone one of two ways, either galvanise the squad in a way few others in world football could and guide them to promotion, or be sacked within a matter of months, luckily for the Elland Road faithful, it looks likely it could be the first of those two outcomes.

Style of play Marcelo Bielsa has been hailed as one of the greatest managers of all time by current City gaffer Pep Guardiola and for good reason. Bielsa has achieved iconic status with his high octane football. His sides press relentlessly from the front, not allowing their opponents a way out, and as a result see a lot of the ball as they ferociously press as soon as they lose possession. Going forward they play quick football on the deck, often working the ball into wide positions where danger-man Pablo Hernandez can create chances for the forwards. They set up in a 4-1-4-1 with the defensive midfielder dropping in to make a three at the back, and the fullbacks bombing on creating overloads out wide.

Key players Spanish winger Pablo Hernandez has rejuvenated his career since moving to Leeds in 2016, and looks on course for his best season yet as he sits on 8 goals and 11 assists from his 28 league games. The ex Swansea trickster has become a huge part of Bielsa’s revolution and is relied on as the talisman of the side despite his age. Playing mainly from the right hand side, his ability to create chances and whip wicked balls into dangerous areas is unrivalled, this added to the goal threat he possesses himself make him one of the standout players in the League.

Pontus Jansson continues to impress at the heart of the Leeds back four as his relationship with Leeds centurion Liam Cooper looks as strong as ever. The 6 foot 4 centre back has been at Leeds since 2016, initially joining on loan before securing a permanent move to the Yorkshire based club. His height makes him totally dominant in the air, but he’s also deceptively quick for his size and is a nightmare for opposing forwards to play against. A big threat from corners and set pieces, the Swedish international looks like a player capable of stepping up to the Premier League.

Kemar Roofe struggled for goals in his first season at Elland Road following his move from League Two side Oxford United. However, since then the striker has upped his tally with 14 last season and has already matched that tally this term. Roofe’s relentless pressing is exactly what Bielsa expects from his front man, and his work rate is key to the way Leeds play. His pace and finishing also mark him out as a threat, and interestingly all his goals this season have come inside the box, for an ex winger this transition into a penalty box predator highlights his adaptability.

Performance this season Leeds have stormed to the top of the league and have not dropped out of the top four all season. From their opening day demolition of promotion favourites Stoke (3-1) to their most recent demolition of promotion rivals West Brom (4-0) Leeds have looked like a team capable of going all the way. Early exits in both cup competitions have allowed them to focus solely on their league exploits, and long unbeaten runs to start the season and around the festive period highlight the teams ability to peak at key points of the season. A similar run to end the season would surely see them promoted.

Form last 5: DWWLW With three wins from their last five Leeds certainly don’t look like slowing down, and are keeping pace with league leaders Norwich. A tough draw with Middlesbrough was followed by back to back wins over Swansea and Bolton. A disappointing 1-0 loss to QPR was quickly forgotten as Elland Road was bouncing as West Brom were destroyed 4-0.

Run in Leeds’ last five games see them face no team in the top ten, as they host 13th placed Sheffield Wednesday and 19th placed Wigan before travelling to 15th placed Brentford. A potential upset could be on the cards with 11th placed Aston Villa which presents their toughest test and they end the season with a trip to bottom side Ipswich. Bielsa will be hoping to take maximum points from these five games, and it presents a very good chance to either cement their place at the top or chase down whoever sits there.

Prediction What Bielsa has managed to achieve at Leeds deserves huge respect and he has allowed Leeds fans to dream of a realistic return to the top flight. He has shown his tactical superiority and use of the dark arts on route, splitting neutral fans down the middle, you either love him or hate him. With the experience he brings Leeds should be looking to pip Norwich to the title, and I believe they will.

Do you think Leeds’ final fixtures will culminate in a title or automatic promotion. Or is it possible for Bielsa’s men to fumble their magnificent opportunity?

One thought on “Do Leeds have what it takes to make it back to the big time?”