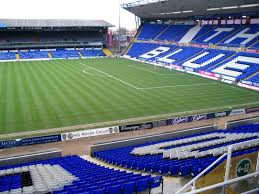 Birmingham City have been hit with a 9 point penalty for breaching profitability and sustainability rules. The rule was introduced at the start of the 2016/17 season.

Why did this happen?

It’s understood that Birmingham exceeded the £39m allowable losses over a three-year period (up to the end of 2018 financial year).

Under the EFL’s profitability and sustainability rules, Championship clubs are only allowed to lose £39 million over three years.

Birmingham’s accounts for the 2017/2018 campaign showed a loss of £37.5m for that season alone and so the EFL warned Birmingham they were likely to surpass the permitted limits.

It is also understood that Birmingham City were not showing any signs of curtailing their spending as they chased a return to the Premier League.

The club argued that they should not have been given the penalty. However, a three-person Independent Disciplinary Commission heard representatives from the club, and also from a lawyer representing the EFL, who argued that Birmingham’s repeated breaches of the rules deserved the stiffest possible penalty. The conclusive decision was that the club was to be handed a 9 point penalty.

So what does this mean for Birmingham?

They will remain with an ‘Imposed Business Plan’ for the remainder of this season, meaning they have to share and discuss all significant financial dealings with the EFL.

It is understood the club are not now under a ‘soft embargo’ and they will not face a transfer window ban this summer, but discussions about their future will continue with the EFL.

They can also enter into contract negotiations with their captain Michael Morrison for the first time with the ‘soft embargo’ now lifted. Morrison’s current deal expires in the summer.

Birmingham, like all clubs, will have to publish their annual accounts later this year, and if they fall foul of the permissible £39m losses over the previous three years again, they may face further punishment.

The points deduction means that the club have gone from a healthy league position to one which now faces them with a relegation dog fight at the bottom of the league. Given their current form (they lie 23rd in the current form table with 4 defeats in the last 6) gives the Blues’ fans a slight cause for concern, considering that just 6 weeks ago they won 4-3 at QPR and were within touching distance of the play off positions.

On the bright side, it appears Birmingham do have a bright and astute manager in Garry Monk, so is he able to steer the club back up the table and salvage Birmingham’s season?