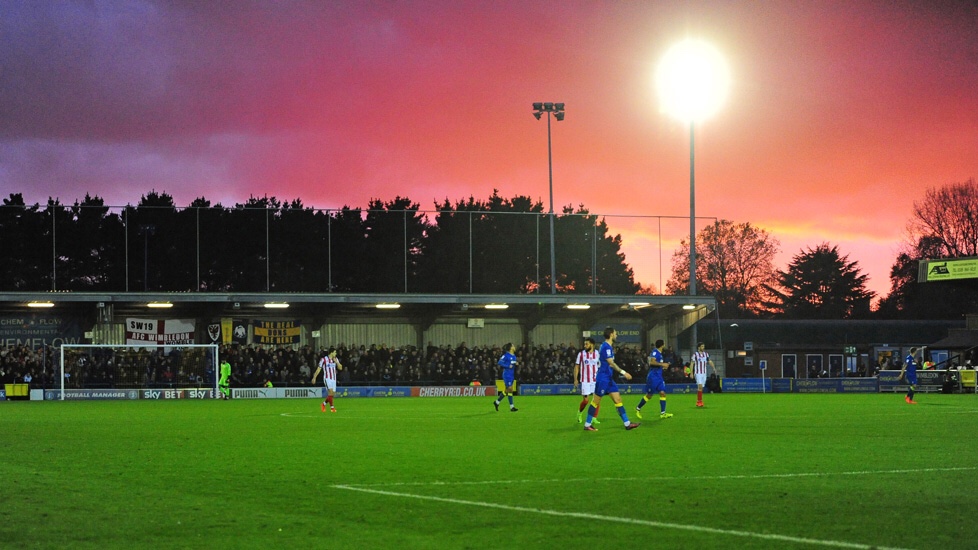 Stanley have endured a miserable run of late, which has seen them slump down the table to 18th Posistion with 44 Points, while AFC Wimbledon, have had a major upturn in fortunes, lifting themselves off the bottom of the table and currently sitting in 21st posistion on 42 points.

3 points at the weekend, would see AFC Wimbledon leapfrog Stanley and leave Accrington in the bottom 4, assuming that other results, involving Southend and Walsall, who are the teams directly above AFC Wimbledon, go true to form with those teams losing.

AFC Wimbledon, have a fully fit squad to choose from, with the fitness of their talisman striker James ‘Hans’ Hanson being monitered closely so that the club keep him on the pitch as opposed to the treatment table during this crucial run in.

Hansen has certainly had a terrible run with injuries since joining from Bradford last summer, as the clubs marquee signing for want of a better word, but the last couple of games he has played in since returning from his latest set back have shown Dons fans exactly what he is capable of.

It remains to be seen if the Dons are outside the bottom 4 at 4.55pm on Saturday.