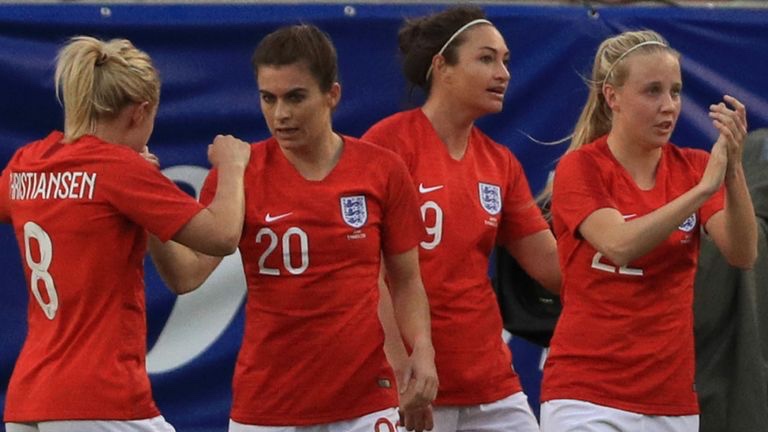 With only 54 days until the first kick off in France, the 24 teams are upping their game with team announcements being released and international friendlies taking place across this week. For those competing for the title, as well as those hoping to shine for the first time on a global scale, the countdown to the World Cup has begun…

There have only been four different winners of the prestigious World Cup, which comes with £4 million in prize money and an increase in the FIFA world rankings. As defending champions and current leaders of the FIFA rankings, the USWNT (USA), are arguably favourites to defend their title following a breeze-through in qualification. The road to France saw the USA comfortably beat Mexico and Panama 6-0 and 5-0 respectively, before thumping Trinidad and Tobago 7-0 and Jamaica 6-0 in the CONCACAF Championship to cement their qualification. However, having been closely pipped by England’s Lionesses to the title of the SheBelieves Cup in March, it may not be all plain sailing for the USA this time around!

England Lionesses boss Phil Neville has recently expressed his intent to be ‘ruthless’ in his team selection as he drives for success in his first World Cup over his managerial and footballing career. Having lost to Canada but putting two past Spain in a 2-1 win during this weeks’ international friendlies, Neville has advised his players to “stay fit, keep in form and keep charging forward”, in the hope of replicating the success they saw in the SheBelieves Cup in March. England currently stand 3rd in the FIFA rankings as they head into the tournament, with their campaign kicking off against bordering rivals Scotland on the 9th June.

With more than prize money and glory on the cards, England striker Toni Duggan has highlighted her hope for the media to boost the crowd numbers and TV audience across the women’s game. With the current attendance record (60,739) coming last month at Barcelona’s success over Atletico Madrid, Duggan hopes that success at this summers tournament can improve these numbers in England, which on average sees just short of 1000 fans per Women’s Super League (WSL) game.

As well as the FIFA top 10 heading to France this summer, the 2019 World Cup will also see the introduction of 4 new teams; Jamaica, Chile, Scotland and South Africa. Jamaica, one of the the lowest ranked teams in the tournament, saw their funding cut 8 years ago by the Jamaican Football Federation, this led to 3 years of inactivity and they failed to even achieve a FIFA rank. They begin their campaign on the 9th June against the competition’s 2007 runners-up Brazil.

The tournament kicks off on the 7th June with France hosting South Korea at the Parc des Princes in Paris, with the final being played a month later in Lyon at the Parc Olympique Lyonnais. Coverage of all 52 games is on BBC this summer.