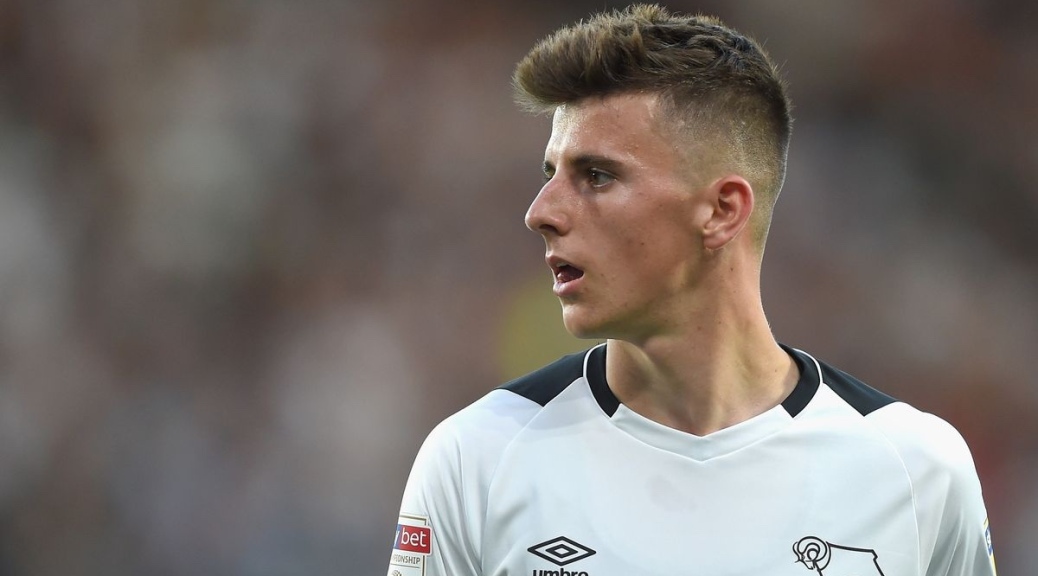 Derby County, currently sitting in the English Football League Championship, are Mounting a strong push for promotion, thanks in part to a midfielder , who before this season was not that well known outside of South West London.

Remember the name… Mason Mount, you’ll be hearing a lot of it in the next few weeks.

Mason Mount is the latest in a long line of Chelsea starlets who are trying to break into the Chelsea first team, but finding chances limited, but who has gone to Derby County, managed by Frank Lampard, assisted by Jody Morris.

Mount is a midfielder, who is showing some fine talent and skills, which remind you of, his manager in his hey day with Chelsea. Mount enhanced his reputation further at the Weekend, by scoring a scintillating hat trick, to help Derby to a 4~0 win over the hapless Bolton, who themselves are currently going through a turbulent time, brought on by the mismanagement, from years gone by.

Mounts skills and goalscoring exploits, which you can see below.

Will no doubt have the scouts watching him, from everywhere.

it also gives Maurizzio Sarri, the Chelsea Manager, more food for throught,  as he evaluates the form of Chelsea’s youngsters currently out on loan.

What is interesting with Mount, is that he didn’t follow the exodus to the Budesiga, favoured by many of his fellow young players, preffering instead to buy into the rams project, being built by Lampard and Morris, who are in with an excellent shout of promotion, albeit potentially through the play offs.

The fact that Mount chose Derby and the East Midlands, outside of the fact they are managed by Frank Lampard, should come as no surprise given the fact that Tammy Abraham is at Villa, who have John Terry as Assistant Manager and he himself, enjoyed a loan spell at Nottingham Forest,  in his early days with Chelsea.

So Remember the name