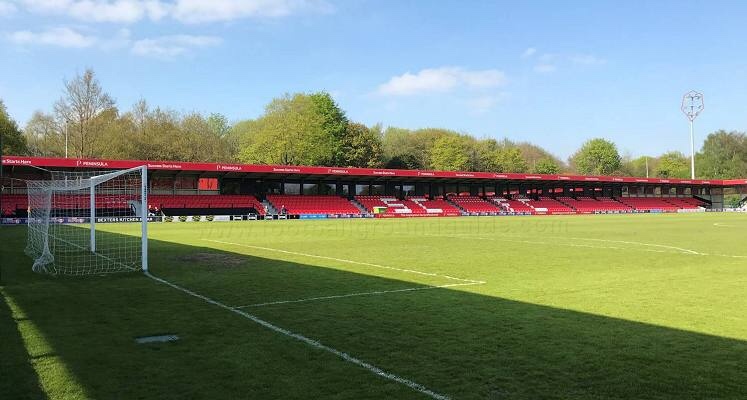 After four promotions in five seasons, Graham Alexander’s side are looking favourites to add another one to the tally. The Ammies have made a start to their transfer business by bringing in a selection of players, one stand out being Richie Towell , a regular starter in the Championship for now-relegated Rotherham. The midfielder will join an Ammies side consisting of fellow Irishman, Adam Rooney, who impressed for Aberdeen in the Scottish top flight before dropping down to the National League in the Summer of 2018 for an undisclosed fee.

It is no secret that the strong financial backing of Singaporean billionaire Peter Lim, and the Class of 92 who took over the club in 2014, has transformed this Greater Manchester club completely; they are barely recognisable as the club they were pre-takeover. They even play in a different colour.

With the National League being a very difficult league to get out of, you might think Salford would try and maintain their place in the football league aiming for a mid table finish but City have shown their newly found fellow League Two teams that they aren’t planning on sticking around, with their transfer business speaking for itself. So the question is why can’t they go up again?

Many lead bookmakers think they can, tipping them as favourites to win the league. However, in football, a hefty budget does help, but it doesn’t guarantee success. The correct decisions must be made, and as Salford attempt to climb up the leagues it will get more difficult for them, coming up against teams with a lot bigger fanbases and large budgets. But with the squad that they are assembling most would predict the Ammies to be there or thereabouts the top end of League Two come the end of the season.

I don’t think anybody really believes that Salford City’s journey will end in the fourth tier and time will only tell how far they can really go.