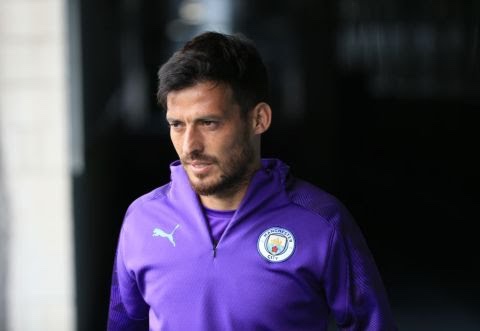 David Beckham entered the MLS as the league’s first worldwide soccer star in 2007, after arriving from powerhouse Real Madrid. He wants the league to continue to bring in superstars and is hoping to bring them to his franchise in South Beach. Although Silva is not a household name like Cristiano Ronaldo or Lionel Messi, he is a player that a team can easily build around.

Since Silva arrived from Valencia nine years ago for £26 million, he has been a catalyst in Man City’s success over the past few years. He has won four Premier League titles, two FA Cups, and four League Cups. Silva has also been a pivotal part in Spain’s history as he was won two European championships and the 2010 World Cup in South Africa.

Although Silva would miss the first three months of the inaugural season as the MLS campaign starts in March, he may not be the only player arriving in Miami late. There have been several reports that Paris Saint-Germain and Uruguayan striker Edinson Cavani is also a target for the team. Also, it was reported that Beckham and his partners Jorge Mas and Paul McDonough were in Barcelona this month, apparently approaching Lionel Messi and Luis Suárez.

Inter Miami had already signed three players prior to the Silva reports. Forward Julián Carranza (Banfield) and midfielder Matías Pellegrini (Estudiantes) are both on loans at their respective teams in Argentina’s Primera División, while Venezuelan defender Christian Makoun arrives after being on loan at Juventus’ U-23 team.