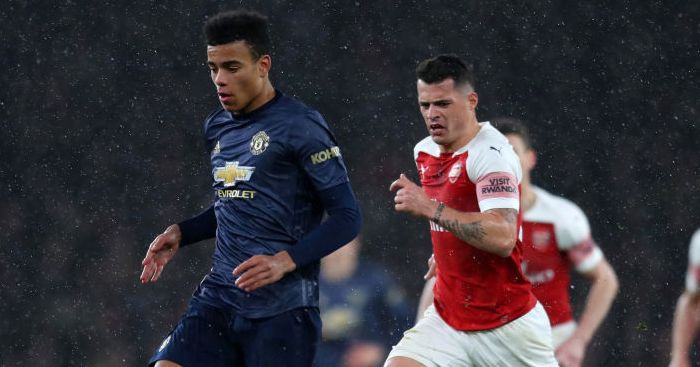 About 15 years ago, Manchester United versus Arsenal was the hottest fixture in the Premier League calendar. As the cliche goes, it’s the game you would be looking for as soon as the fixture list came out.

But nowadays, as much as the Sky Sports marketing team are trying to pretend otherwise, it just doesn’t have the same gravity.

The days of the Ferguson-Wenger rivalry are over, along with the two side’s title hopes for the foreseeable future. There are no furious wrestles for top spot in the Premier League, but a desperate clammer for the Europa League.

The Solskjaer-Emery rivalry just doesn’t feel like it will have the same kind of bite to it. And it’s a rivalry that, should the current form of both sides continue to slump, probably won’t be around for much longer.

Both sides currently sit outside the ‘top six’, but a win for the Gunners would see them fly up to fourth, behind Leicester City on goal difference. A win for United, meanwhile, would put them level on points with their London opponents.

The two sides have already met twice in 2019 since Solskjaer took over. The first was in late January, near the start of the Norwegian’s now baffling winning streak. It was a game and a result that actually felt like more than just United’s players being happy that someone with a nice smile had taken over as manager.

Solskjaer displayed some real tactical nous. Jesse Lingard lingered in kind of false nine position, teasing the Arsenal backline. Romelu Lukaku would then use his pace and power to exploit this space, and drift wide to pillage the inevitable gaps left by Sead Kolasinac.

It was a result that felt like it gave some real substance to United’s burst of form under Solskjaer. Something that showed that it wasn’t just a new manager buzz that was spurring them on.

But fast forward a couple of months to their Premier League meeting in March, and the Red Devils slumped to a disappointing 2-0 defeat at the Emirates Stadium. The wheels had come off whatever vehicle Solskjaer was at the wheel for.

It was Arsenal’s first victory against Man United since May 2017, having lost three of the four games since. But now they seem the slightly more likely side to pip the points tonight based off recent form.

United capped off a disappointing 2-0 defeat to West Ham last weekend with a midweek scare against Rochdale in the League Cup. A strike from 16 year old Luke Matheson sent the match to a nervous penalty shootout, which United were able to edge through on.

The signs aren’t encouraging for the Red Devils, although they were able to pull off what now constitutes as a surprise victory against Leicester this month.

United have generally struggled in games which they’ve seen a lot of the ball, such as against Crystal Palace. But when facing teams that want to play and have their share of the ball like Leicester and Chelsea, the Red Devils have been able to release their counter-attacking weapons.

This has the potential to trouble Arsenal’s defence, with David Luiz and Sokratis both struggling this season. Sokratis lacks speed and has looked shaky in possession, while Luiz’s recklessness has seen him punished several times already.

Isolating both in one on one situations could see them struggle, although United will be without Anthony Martial and Marcus Rashford. Both players’ direct running abilities would have been a serious danger to the Gunners’ centre back partnership.

Instead, it is likely to be Mason Greenwood who they will face. Unless Solskjaer decides that Lingard should be played up front, like he surprisingly did against West Ham.

Greenwood has certainly shown potential and willingness to run at opponents, so if he can fully realise his talents against the Gunners then he could be a threat.

But that is not to forget Arsenal’s own talents up front. Alexandre Lacazette remains sidelined but Pierre-Emerick Aubameyang and Nicholas Pepe both look set to start, with Dani Ceballos in the team to help supply them.

Arsenal’s front line this year is incredibly promising, in stark contrast to their defence. United, meanwhile, have bolstered at the back with Harry Maguire, who looks to be forming a good partnership with Victor Lindelof.

But with Martial and Rashford injured and a lack of a creative attacking midfielder, the Red Devils look very light in attack. It will be a fascinating battle between two teams who have greatly mixed abilities throughout each of their sides.