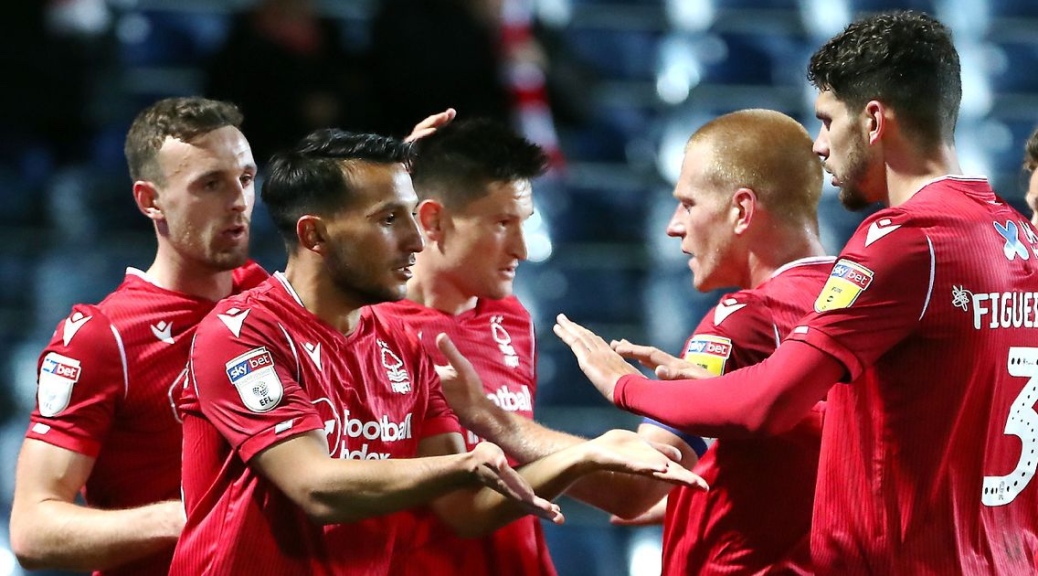 Nottingham Forest went second in the Championship Table (level on points with leaders West Brom), by beating Brentford at the City Ground on Saturday. In the process making it 10 league games unbeaten.

The match was one in which both sides were happy to play through midfield and be patient, which meant not many goal scoring chances were created. Forest controlled possession of the ball better than Brentford but often opted to play a safe pass rather than one that would open up a defence.

The closest either side came to scoring in the first half was from a Thiago Silva free-kick which went just wide from around 30 yards out. Brentford also threatened from a free kick as they had an effort from Mathias Jensen deflected, which forced Forest keeper Brice Samba to pull off a very good save. The second half was played at a higher tempo as Forest looked to make the break through, they had the chance to do so when Lewis Grabban was played in but was denied by some good defending and an equally good save.

It wasn’t long after that Forest did take the lead. It came from a corner which found Joe Worrall free at the far post who headed back, allowing Captain Ben Watson to finish powerfully and high into the net. This was Watson’s second winning goal in consecutive home matches for Forest and it came in the same minute as his winning goal in the previous home game against Barnsley. Watson had previously failed to find the net since his transfer to Forest in January 2018. It’s been quite a turnaround for Watson this season, who received much criticism last season from the Forest faithful. His performances have much improved and he now has them singing his own chant.

Forest were reasonably comfortable in defence of the lead, they worked extremely hard to get men behind the ball and deny Brentford any space to create chances with their renowned passing style.

It has been a promising start to the season for Forest having topped the table for the first time in 5 years. It’s fair to say it wasn’t expected, following another summer of changes – but so far the change of manager and his subsequent signings have paid off.

Lamouchi clearly knows how to get results and in different ways. From back to wall displays at Leeds and Charlton where Forest came from behind to earn valuable points, deserved wins away at Fulham and Swansea where great defence was matched by excellent counter-attacking, and finally grinding out wins or draws against teams who are difficult to break down at the City Ground. These are all things that have let Forest down in the past.

Another significant difference is the extra strength and power in central midfield, previously Forest could be bullied by teams like Millwall, but the signings of Samba Sow and Alfa Semedo and extra togetherness mean this is no longer likely.