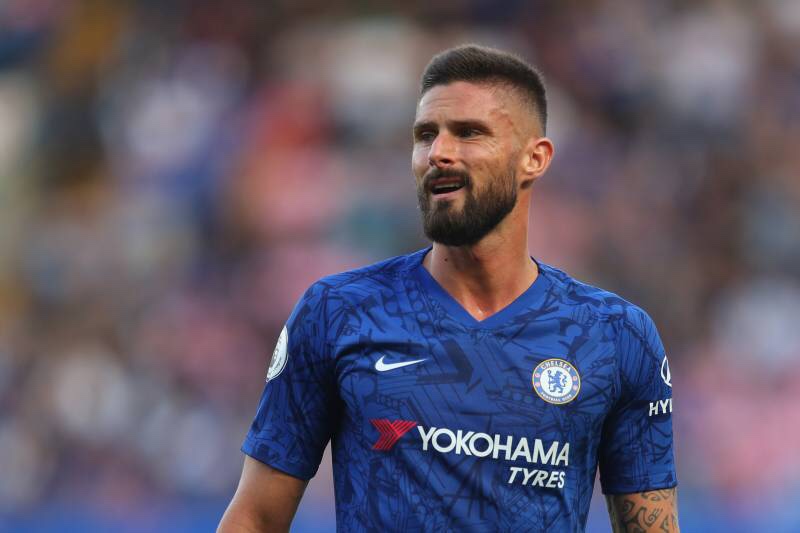 After Chelsea forward, Giroud spoke out about his frustration with the lack of game time, it has sparked rumours that the Frenchman will leave Chelsea in January.

The 33 year old spoke to Le Pelerin and said, “You do not have to be fatalistic in certain situations. I have always been respectful and humble. Even if I do not agree with the coach, I do not criticise him.

“But in myself, I cannot accept it because I know what I’m worth on a pitch. Last year, when I felt that I deserved to play, I asked the coach for explanations.”

Giroud performed well for Chelsea in the Europa League last season, scoring 11 goals in 14 appearances; leading the side to glory after scoring and beating his former side, Arsenal 4-1.

However, Giroud doesn’t regret joining Chelsea from London rivals, Arsenal, “I want to have fun and play more games. Chelsea is my priority but afterwards if in the end I am forced to make a choice, I will do it like when I left Arsenal.

“He (Frank Lampard) will almost certainly watch the matches [I just played for France]. In any case, I am going back to Chelsea pumped up.

“It was not easy to leave Arsenal for Chelsea two years ago. I loved Arsenal,” added Giroud, who scored the only goal in France’s 1-0 win over Iceland on Friday.

“But it was a progression because Chelsea is the English club that has won the most titles, with Manchester City, in ten years.

Despite Chelsea having a transfer embargo, if Giroud was to leave, Chelsea manager, Frank Lampard still has Premier League joint top scorer, Tammy Abraham and Belgian, Michy Batshuayi to use if Giroud was surplus to requirements.

Chelsea face Newcastle United at the weekend and it is more than likely Giroud will be sitting on the sidelines yet again with the in form, Abraham expected to start and Batshuayi on the bench.