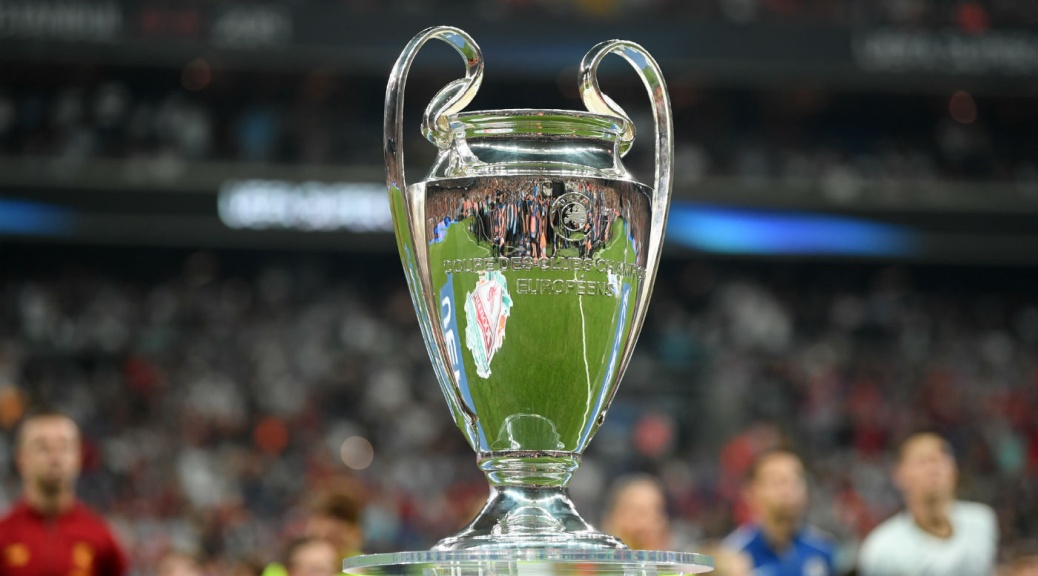 There were a total of 54 Goals scored over 2 nights in the Champions League this week as three teams found the net 5 times.

The first of which was Tottenham Hotspur as they defied the form book and won 5-0 against Red Star Belgrade. The result demonstrates that Spurs do have undoubted quality and what they are capable of. Red Star gave them far too much space to play and Spurs took full advantage. Harry Kane got them off to the perfect start after 9 minutes with a well-timed header at the near post. Kane and his strike partner Heung-Min Son both netted twice whilst Erik Lamela scored the other.

The other result in Group B saw Bayern Munich overcome Olympiakos by the odd goal in 5. Robert Lewandowski scored on 34 and 62 minutes whilst Corentin Tolisso got there 3rd after 75. The Greeks gave a good account of themselves and Youssef El-Arabi had put them ahead after 23 minutes, Guilherme gave them a chance on 79 minutes but Bayern held on. The results mean Spurs move up to second in the Group.

Manchester City also scored 5 on Tuesday night but this was after Atlanta took a surprise lead when Ruslan Malinovskiy scored from the penalty spot after 24 minutes. Raheem Sterling then took over with an 11-minute hat-trick to make it a comfortable win for City, Sergio Aguero got the other 2 goals. There was bad news for City as Phil Foden was harshly sent off for two yellow cards and an injury to makeshift center-back Rodri. Six minutes after being cautioned for tugging back Malinovskiy, the 19-year-old did likewise to Marten de Roon to receive a second booking. Rodri was substituted with what appeared to be a hamstring injury in the first half.

The other result in the Group was a 2-2 draw between Shakhtar Donetsk and Dinamo Zagreb.

The third team to score 5 were Paris Saint Germain. It wasn’t until the second-half introduction of Kylian Mbappé however until they took command. They were leading somewhat fortunately at halftime thanks to Mauro Icardi’s opener but needed something extra. Mbappé undoubtedly provided it with a superb hat trick and assisted Icardi for his second.

Also in the same group, Real Madrid got their first win of the campaign thanks to a Toni Kross goal in the first half. Real were once again largely uninspiring however and look a long way behind where they should be.

Atletico Madrid were kept quiet for large periods by Bayer Leverkusen who were on a terrible run of conceding goals prior to the match. However, it took Madrid until the 79th Minute when substitute Alvaro Morata broke the deadlock to get Atletico over the line. It took the introduction of Morata and Thomas Lemar to make the difference as they took a gamble and went two upfront. Lemar did well in the build-up to create the winner for fellow substitute Morata.

Juventus were another big name who struggled for large periods and went behind at home to Lokomotiv Moscow through Aleksey Miranchuk. Paulo Dybala was their heroic rescuer as he scored twice in two minutes to turn the match on its head in the last 15 minutes.

Moving to Wednesday night which started with Chelsea getting a very good result and performance with a 1-0 win away at Ajax. They restricted the usually free-scoring Dutch champions to limited opportunities and were a threat on the counter arrack. They could’ve fallen behind however in the first half when Ajax had a goal ruled out by VAR for offside when the decision was minimal. Chelsea did deservedly take the lead through substitute Michy Batshuayi. The other result in this group saw Lille and Valencia daw one apiece.

Alex Oxlade-Chamberlain scored two wonderful goals on his first return to Champions League action in 18 months as Liverpool beat Genk 4-1 on Wednesday. However the scoreline didn’t fully reflect the game, Liverpool were far too open, particularly in the first half as Genk had numerous openings which they failed to capitalise on. Ultimately Liverpool were clinical and Oxlade-Chamberlain had a great night he won’t forget in a hurry. He reminded us that he has a lot of talent – he is a great option if more creativity is required. Napoli avoided a scare as Red Star Belgrade twice pegged them back but eventually came out as 3-2 winners with two goals from Dries Mertens.

To roundup the other results were