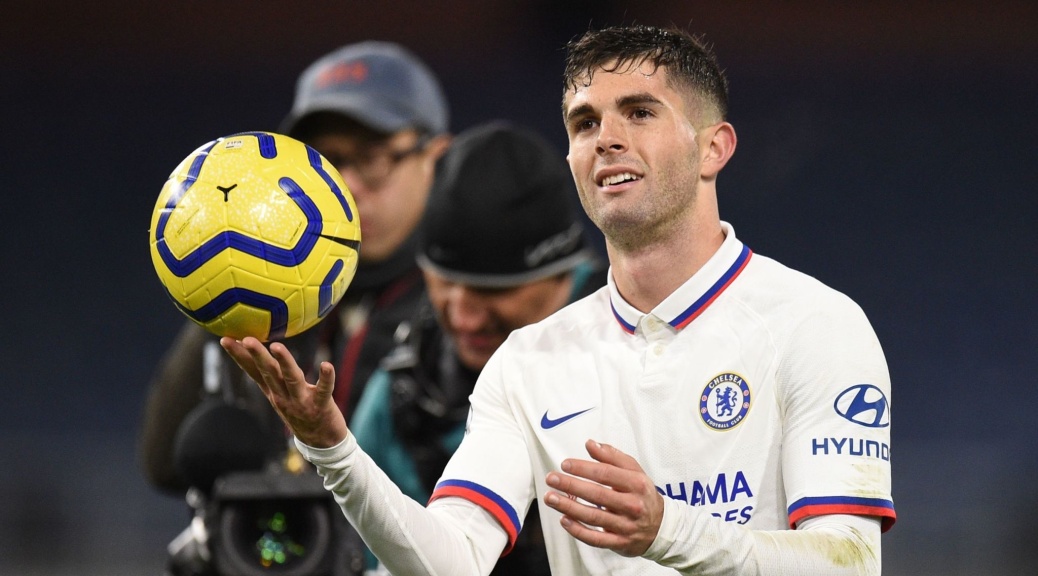 It was the 60th-minute in a CONCACAF Nations League match between host Canada and the U.S. at BMO Field in Toronto on October 15. U.S. National Team head coach Gregg Berhalter was substituting D.C. United’s Paul Arriola into a tied game at zero, but it was for the “wonder boy” – Christian Pulisic. As Pulisic headed toward the bench, the TV cameras caught his frustrations and how emotional he was to be taken off in a game in which the U.S. would end up losing 2-0, the first time the national team had lost to Canada since 1985. But, was the disappointment Pulisic faced ended up igniting a fire in him?

Since returning back to England after the U.S. were upset, Pulisic has been on a tear for Chelsea. In Pulisic’s first game since the international break, he provided the game-winning assist to Marcos Alonso in the 73rd-minute after coming on to the pitch nine minutes before in a 1-0 victory over Newcastle United at Stamford Bridge. Later, in a mid-week Champions League matchup against Ajax at the Johan Cruijff ArenA, Pulisic provided an assist to fellow substitute and former Borussia Dortmund teammate Michy Batshuayi in the 86th-minute to help the team take a first-place spot in Group H. However, Pulisic’s biggest impact for the Blues was in his first Premier League Start since August 31.

Pulisic, who had been providing some help as a substitute in recent matches, was given the nod by coach Frank Lampard to start against Burnley, who were in 7th place in the league at the time the match was played. The young American made an immediate impact in his start as he opened up the scoring for Chelsea with a goal in the 21st-minute for his first Premier League goal.

However, the most expensive American soccer player was not done as he would score another goal – with the help of a deflection from Ben Mee – to help the Blues have a two-goal lead heading into halftime.

The perfect hat trick – a goal with the left foot, right foot, and header – was sealed for Pulisic as he headed in a cross from Mason Mount in the 56th-minute to become the youngest in Premier League history with a hat trick (21 years, 38 days) to help Chelsea to a 4-2 victory at Turf Moor.

This game for Pulisic also made him just the second U.S. player to score a hat trick in the Premier League since Clint Dempsey was able to accomplish that feat on January 21, 2012 as Fulham defeated Newcastle 5-2.  Pulisic was also the first Chelsea player to have a perfect hat trick since club legend Didier Drogba’s big game against Wigan on May 9, 2010 in an 8-0 victory to help the Blues clinch their third Premier League title.

With pressure coming from every direction, from U.S. soccer fans to different media outlets, it looked as if it was taking a toll on the $73 million American sensation out of Hershey, Pennsylvania. Some were already labeling this move bust and wondered if Pulisic would ever break through with the squad after a tough start to the Premier League season, ignoring the fact that he is a mere 21 years of age. However, Pulisic ignored the banter and did not try to emulate the guy he supposedly was brought in to replace – Eden Hazard- but focused on being the best player he could be. With this game against Burnley, the future is bright for Captain America as he attempts to take the league by storm.