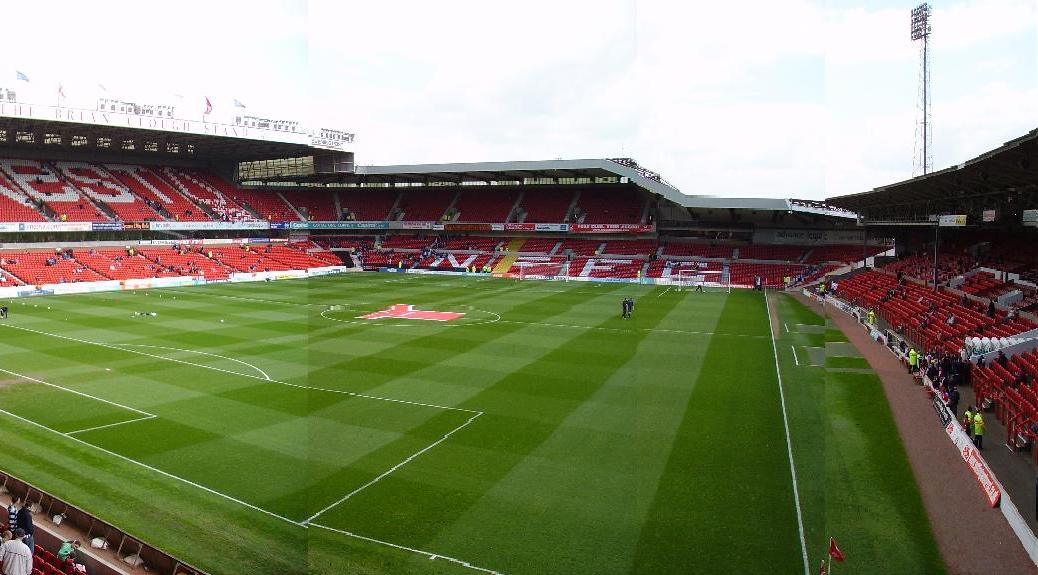 My Initial reaction as a fan to Saturday’s match being postponed due to a waterlogged pitch was one of annoyance.

Forest are in need of a win to put the disappointment of 2 successive defeats behind them and move back into the top 6.

On reflection, the safety of the players is of paramount importance and cannot be risked and as the pictures below show, the correct decision was made. The rearranged fixture has yet to be arranged.

One thing that Forest did to make the most of a bad situation was to donate 3,000 food parcels to the homeless. Instead of letting the pies, pasties and sandwiches go to waste; the club decided to give it to Framework; a homeless charity based in Nottingham, this is the second time it has happened.

Fans praised the move, with one saying, “I love what this club has become – it’s every bit as important as what happens on the pitch as far as I’m concerned.”
Another added: “Well done all at NFFC! A kind gesture that puts a bit of faith back into Human kindness.”

I have to go along with these comments and “Why are more clubs not doing this? It makes perfect sense. The food would’ve been wasted otherwise as Forest don’t have another home match scheduled until the 9th of November (2 weeks from original matchday).

Nottingham’s homelessness is a big problem and gestures such as these go some way to helping.

Back on the pitch, the postponement has meant that Forest’s injured party have longer to recover before a match is played. Michael Dawson, Samba Sow and Alfa Semedo are all on the injury list and their absence has played a massive influence on the two defeats.

In both matches, they have been outmuscled in midfield, which is the problem that Sow and Semedo were brought to the club in the summer to solve. They have also missed Dawson’s leadership at the back having conceded many more chances and goals since his injury.