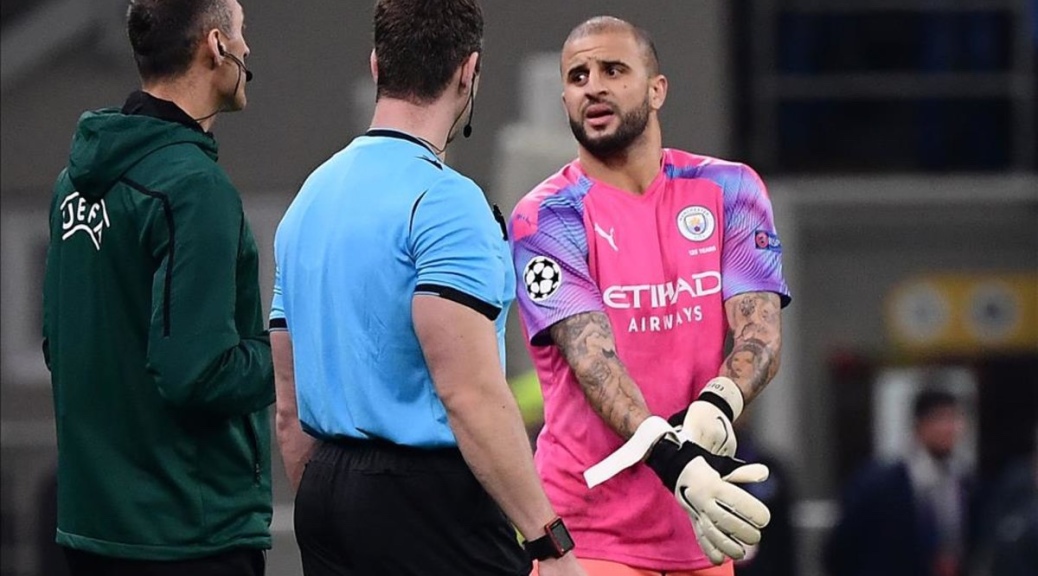 Manchester City could be without Ederson going into Sunday’s clash against Premier League leaders Liverpool after the goalkeeper picked up a muscular injury during Wednesday’s match against Atalanta.

The Brazilian shot stopper was substituted at half-time of the Champions League fixture, and was replaced by 36-year-old Claudio Bravo, who was later sent off, forcing right-back Kyle Walker to finish the match in goal.

And City boss Pep Guardiola is unsure whether Ederson will be fit in time for Sunday’s crucial trip to Anfield.

“It’s a muscular problem. It was not big but [we took him off] to avoid risk. He didn’t feel comfortable in the last minutes and that’s why we decided to make a substitution.”

Manchester City managed to hold out for a 1-1 draw against Atalanta, despite Walker being summoned to play in goal for the final ten minutes.

The visitors got off to a quick start, taking the lead at the San Siro after just seven minutes – a slick passing move slotted home by English superstar Raheem Sterling.

City looked well in control and had the opportunity to double their lead just before half-time having been awarded a penalty, which Gabriel Jesus scuffed wide of the upright – a miss which proved costly, as Mario Pasalic levelled the scores the other side of the break.

Despite City’s continued possession dominance, they were unable to break through their host’s defence, before the game took an unexpected turn. The Blues replacement keeper Bravo was red carded for a challenge on Josip Ilicic, leaving Guardiola with no option but to place an outfield player between the sticks.

Ederson, if unavailable for Sunday’s match, will add to an ever-growing list of injuries for Pep Guardiola to deal with. Long-term absentees Aymeric Laporte and Leroy Sane remain sidelined, while David Silva, Rodri and Oleksandr Zinchenko are all set the miss out.

What do you think the outcome will be?

One thought on “Another injury blow for City before the Liverpool clash?”