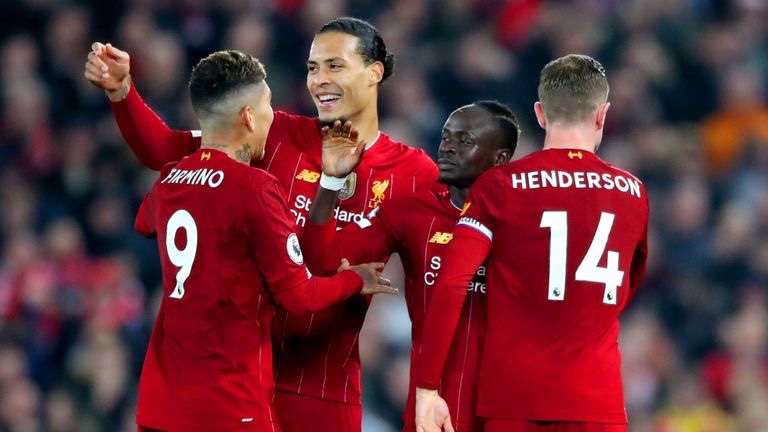 As of their recent fixture against Sheffield United, Liverpool completed a full calendar year unbeaten in the Premier League and with performances like Thursday’s, their run looks set to continue.

Nothing but admiration is what has to been given to Liverpool’s perfomances of late, whether it has been a goal fest as such against Mersyside neighbours Everton or a 1-0 against a valiant Wolverhampton. Liverpool’s football has been mature and is evidence of 4 years of Jurgen Klopp’s management and timely building of what can be suggested to be a world class team.

The front three of Mane, Firmino and Salah have been poignant to the Red’s success in front of goal but this season, but its been clear the rest of the team are just as important. Working from the back, Virgil Van Dijk has been at the heart of their defence. Advantageous to the team, Van Dijk’s height to reach defensive headers and composure when passing out from the back under pressure, is a massive part of his game and why he is a world renowned defender.

What is particular about the Liverpool team is their knowledge of spatial awareness with passes and even clearances nearly always find man in red helping to maximise possession. Aswell, as passing their way through teams, Liverpool boast the talent of their two first choice full backs in Trent Alexander-Arnold and Andy Robertson. Their crosses into the penalty area have become staple to the team’s goal scoring opportunities with both players continuing to rack up their personal assists.

It can be argued Liverpool’s success has been formulated from all aspects of their play and management and a new culture brought in by Klopp since his arrival. This season has also seen them be able to cope with absentees of Lovren and Matip in defence due quality in the depths of their sqaud. Which can be contrasted to league rivals Manchester City who have not had an as simple season as reigning champions. Aymeric Laporte’s injury early in the season has made him exempt for the majority of City’s games and their results show they have not been able to cope as well as the City fans would have wanted. Consequently seeing them fall further and further behind League leaders Liverpool.

There is a feeling this is already Liverpool’s year and 13 points ahead it is difficult to see where 4 defeats would come from, even if Liverpool are prevented of an invincible title its hard to see them not lifting the Premier League trophy come spring.