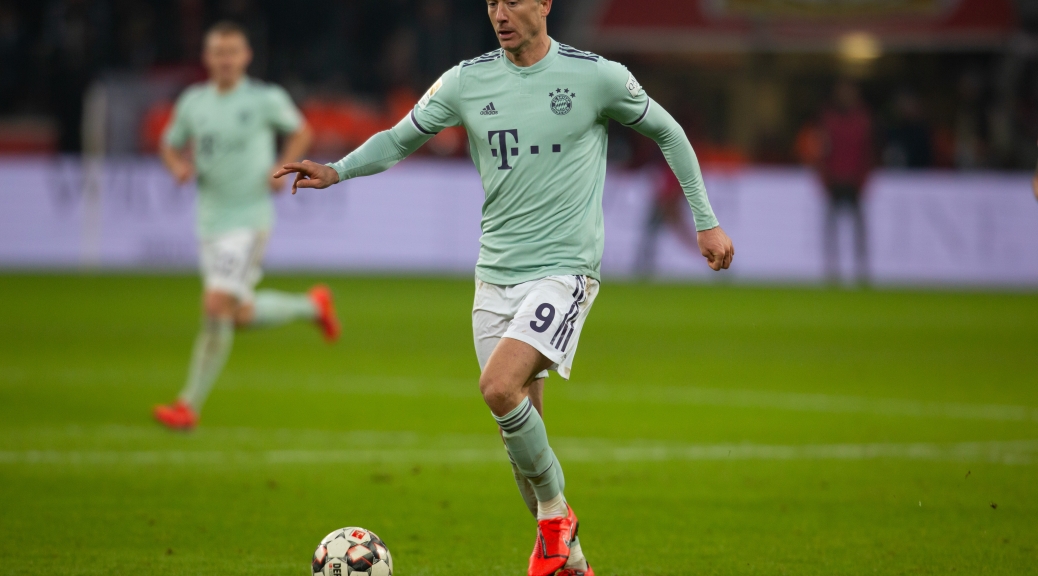 Borussia Dortmund host their bitter rivals Bayern Munich on Tuesday in a showdown that could decide who will go on and be crowned Bundesliga champions.

Both sides will go into Tuesday’s encounter on the back of victories at the weekend. Dortmund travelled to Wolfsburg on Saturday and completed a 2-0 victory, thanks to goals from Raphael Guerreiro and Achraf Hakimi, to keep the pressure on leaders Bayern, who responded later in the day with a 5-2 victory at home to Eintracht Frankfurt.

In a pulsating game, Bayern took a two-goal half time lead thanks to goals from Leon Goretzka and Thomas Muller. Shortly after the break Robert Lewandowski made it 3-0, before Frankfurt staged a fightback, scoring twice in three minutes through defender Martin Hinteregger, the first a volley and the second a header from a corner.

However, any hopes the visitors had of completing a stunning comeback were thwarted when Alphonso Davies made it 4-2 before Hinteregger scored at the wrong end to give Bayern a four-point lead at the top of the table going into Tuesday’s crunch game.

Bayern Munich will go into Tuesday’s game having won 16 of their last 17 games in all competitions. Dortmund, since the return of German top-flight football have completed back to back victories over Schalke and Wolfsburg.

Dortmund will be looking for revenge on Tuesday evening after slumping to a 4-0 defeat against Bayern in the reverse fixture back in November. Both these giant German sides have not played out a goalless draw in the league since March 2016.

It will be no surprise to anybody to tell you that Lewandowski, has been a thorn in Dortmund’s side, scoring 10 goals in his last seven appearances in all competitions against his former club.

Bayern, should they win at Dortmund, would surely be on course for their eighth straight Bundesliga title, so the pressure to snatch victory falls on the shoulders of the hosts.

Normally the match would have The Yellow Wall supporting BVB, but with the now familiar sight of the stands empty, there will be no significant advantage for Dortmund.

Lewandowski and Erling Haaland will certainly be two of the main players to watch out for on Tuesday. Haaland, has already netted 41 goals in total this season, with 13 coming from 12 appearances in a Dortmund shirt since moving from Red Bull Salzberg in the winter. Guerreiro is in prolific form for the hosts along with Eden Hazard’s brother Thorgan.

Aside from Lewandowski, Bayern have winners on the pitch in the shape of Muller and Ivan Perisic alongside former Arsenal youngster Gnabry who is excelling in a Bayern shirt this season, having already banged in 11 goals.

All eyes on Tuesday will be on Jadon Sancho, who has recently been struggling with a groin strain, starting the last two matches on the bench. Sancho, came on to set up Dortmund’s second goal on Saturday and certainly has strong claims to start on Tuesday.

The hosts may have to be without the services of defender Matts Hummels who left the field on Saturday at half-time with a heel problem. If he does miss out, this will be a big blow to Dortmund as Hummels is a player who holds this fine Dortmund side together.

Don’t expect a classic on Tuesday, as this could well be a cagy affair. Our prediction, for what it is worth would be a narrow Bayern Munich win.

Fans in the UK can watch this game live on BT Sport on Tuesday with a 5.30 pm kick-off time.