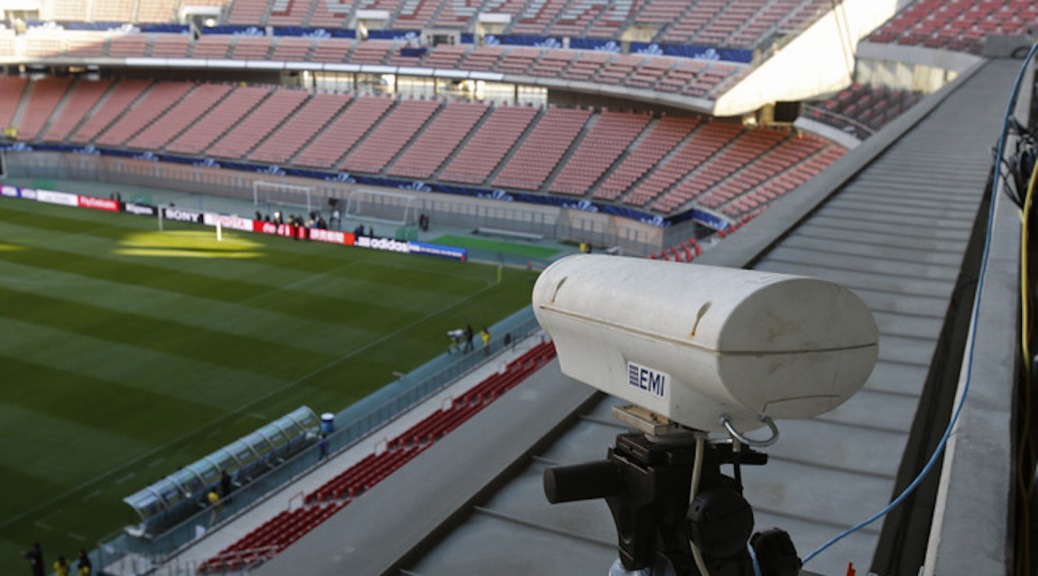 The Operator of the Premier League’s Goal-Line technology has apologised for an error that denied Sheffield United a goal during their 0-0 draw with Aston Villa.

Villa goalkeeper Orjan Nyland carried Oliver Norwood’s 42nd Minaute free kick over the line but the referee, Michael Oliver did not receive a signal to indicate a goal should be awarded.

“It unreservedly apologises and acknowledged that the ball had in fact crossed the line.”

The SMART products company also said that it was the first time that an error of this kind has occurred since it’s introduction to the English game in over 9,000 matches.

Wilder, who was seen walking towards Michael Oliver at half time also said:

“We went to Tottenham last year and John Lundstram’s big toe was offside and I was hanging around for 10 Minutes in the pouring rain to await a decision.  I don’t understand why I can’t wait for 10 minutes in Birmingham!”

The body responsible for Premier referees’, The Professional Match Official Limited (PGMOL) when asked why the Video Assistant Referee (VAR) had not interfered, said:

“It had not intervened due to the unique situation that the on-field match official’s was not getting a signal.”

Former Premier League referee, Mark Clattenberg has since told the BBC that VAR should have helped Michael and his team as they were not sure what was going on.

Clattenberg, who has refereed over 300 matches in the top flight, said:

The Hawk-Eye Company has subsequently said:

“Hawk-Eye unreservedly apologises to the Premier League, Sheffield United and everyone affected by this incident”

In what was the first Premier League match back due to the COVID-19 Pandemic, the result leaves Chris Wilder’s side 6th in the League, while Villa remain in 19th.