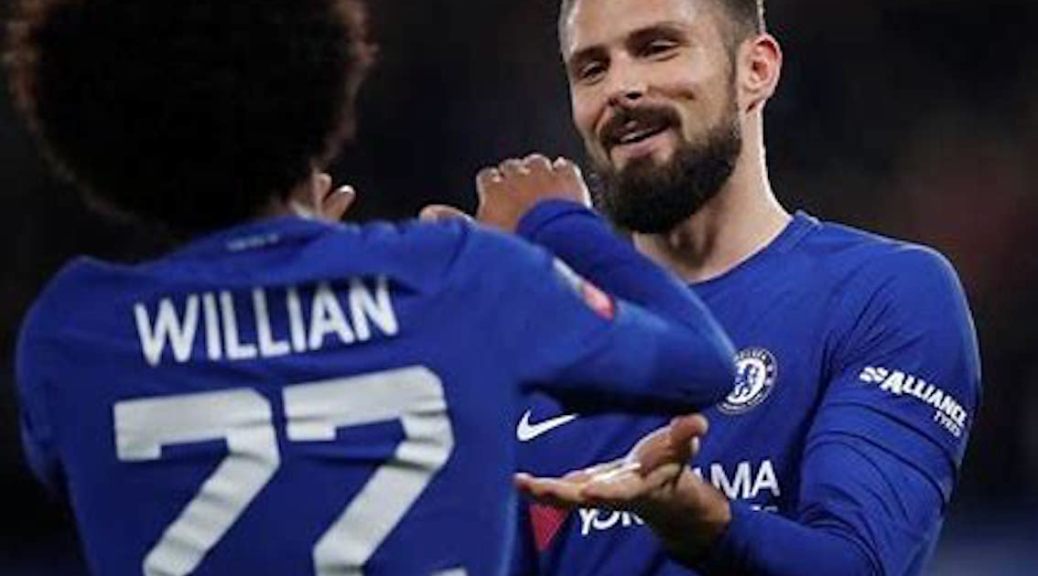 After suffering a surprising loss in the London Derby at West Ham United, Chelsea cruised past Watford with a 3-0 victory to keep a Champions League spot.

The Blues, who held most of the possession during the game, were able to get on the scoresheet first in the 28th-minute. After Ross Barkley received the ball from Mason Mount, he sent a through ball to Olivier Giroud, who used his left foot to find the bottom right corner of the goal.

Fourteen minutes later, Christian Pulisic made a nice run into the penalty area, where he was able to draw a foul from Watford midfielder, Etienne Capoue. Willian was then able to convert from the spot for his ninth goal of the season, his second penalty conversion in as many games.

After Chelsea ended the first half up two against The Hornets, both teams were unable to capitalize on any of their chances throughout the second half. That was until the second minute of injury time when Barkley found the back net, solidifying his man-of-the-match performance.

The South-London club handled this game with ease, having 70 percent of the possession while taking 21 shots, with nine of them on target. Their counterparts suffered throughout this match, especially on the offensive side, with only seven shots taken (three on target).

Chelsea will look to maintain their spot in the top four on Tuesday when they travel to Crystal Palace. Watford, meanwhile, will try to avoid relegation when they host fellow strugglers Norwich City at Vicarage Road.