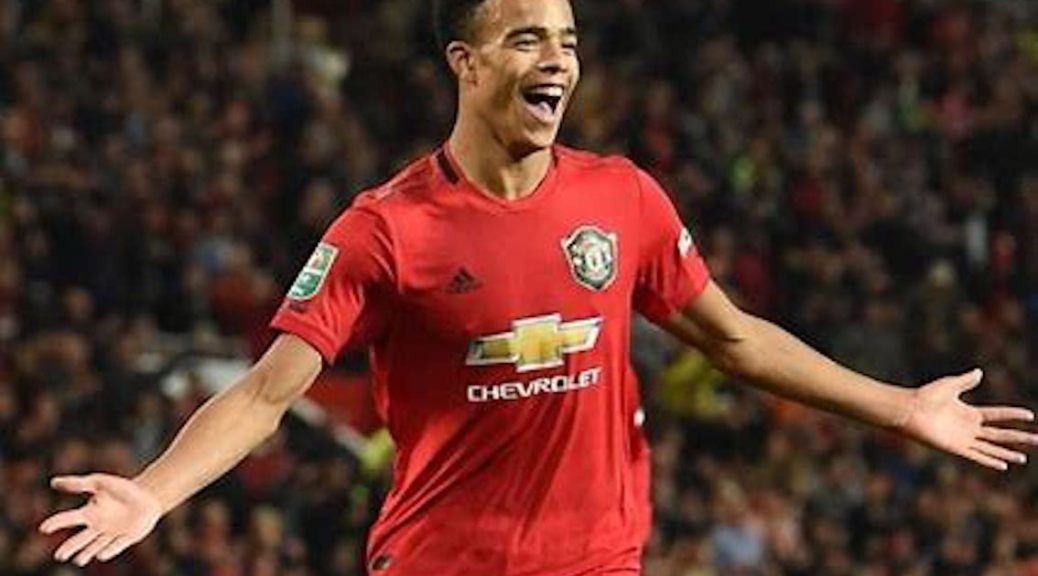 Much has been made of Manchester United over the past five/six years of football, with the loss of a plethora of attacking talent the club has been criticised for its poor recruitment. Yet for all the money they have spent two of their dangerous front three are academy graduates.

Perhaps slightly under the radar is the fact they have scored more goals than Liverpool’s much-talked about front three of Sadio Mane, Mohamed Salah and Roberto Firmino. Granted United have played lesser opposition in Europe but it is still an impressive feat nonetheless. This article takes a look at their development as a front three.

Possibly the most exciting out of these talents is 18-year-old Mason Greenwood. The Bradford-born striker scored two wonderful goals against Bournemouth as his side tore them apart 5-2. This took him on to a tally of 15 goals in all competitions this season.

For a young player playing his full debut season that record certainly makes for impressive reading. ESPN even tweeted out how he has scored more goals than Alexis Sanchez, Radamel Falcao and Angel Di Maria put together.

He didn't cost a thing 🌟 pic.twitter.com/Opmfwk3R09

If Greenwood was to score another five goals during the rest of the campaign, he would help break a very impressive long-standing club record.

Big ask for Mason Greenwood to score five more goals this season but if he does it will be the first season three #mufc players have hit the 20-goal mark since 1964-65. Law got 39, Herd 28 and Connelly 20.

Given the fact he only recently started playing consistently in the Premier League you have to be impressed with numbers he’s managed to put up.

A real earmark of his play has been the quality of his finishing, his two goals against Bournemouth showed fantastic shot power and accurate finishing, the ability to do that at this level and at only 18 years old, it shows he could be the real deal. In fact he has already outscored Marcus Rashford’s debut season. So in that sense he’s showing more promise.

In fact, only Michael Owen , Robbie Fowler and Wayne Rooney have scored more goals in a single Premier League campaign at the age of 18 and under. The esteem of that company alone should give you an idea of his talent.

United have been longing for their academy talents to replicate the class of 92, and while a group of that caliber is extremely rare, Greenwood certainly has the potential to be a superstar for club and country.

A hero on and off the pitch this season. It feels as though Marcus Rashford has been around for a while and you’d be right in thinking that considering he has played 206 games for the club (according to transfermarkt). Alongside this he also had 38 caps and 10 goals for the England first team – so he has plenty of match experience for a 22-year-old.

Over his time at the club he has amassed 65 goals and 35 assists, which when looked at is a pretty impressive number. Rashford has long been criticised for his lack of goals, particularly in the Premier League.

That is within reason, before this campaign the most he’d scored was 10 goals, and he’s smashed that with 15 this time around. The England striker has improved every season – scoring 5, 5, 7, 10 and now 15 goals. A steady rise but a clear improvement in form.

He’s now hit 20 first the season in all competitions, easily performing at his best, which could be due in part to the creative talents around him like Bruno Fernandes, Anthony Martial, Paul Pogba, etc.

Perhaps the role of a Manchester United no.9 is one that has put added pressure on his ability to perform at the highest level. The controversy surrounding his position (was he an inverted winger or a striker?) stunted his growth as he was moved around the pitch constantly.

This campaign has shown that he does have a real ability to grow and evolve into a word-class attacking player, and if this steady upwards trajectory continues who knows how many goals he could get.

His positive charity work outside the game has also earned him respect and admiration, and he has proved he has a mature head on his shoulders and at such a young age too – that can only bode well for his attitude on the pitch.

Martial has had an odd time at Manchester United. The Frenchman came in for a lot of money and has always had buckets of ability. His debut goal against Liverpool is still a thing of beauty. Despite this we have yet to really see his true potential.

Perhaps his disappointing career for France has removed him from the spotlight – scoring one goal in 18 caps. In 213 appearances for United he has 68 goals and 35 assists, only marginally better than Marcus Rashford.

Now at the age of 24, Martial would ideally need to find his form and we have seen his talents fully with this post-lockdown campaign.

He equaled Rashford’s tally of 20 goals for this season and at times has looked unplayable. His long range goal against Bournemouth tells you all you need to know about the ability of the man.

A lot has been made of his attitude and at times he hasn’t looked settled at the club but the return of this post-lockdown United has seen a complete u-turn in the player. Pogba and Martial both look happy at the club – the addition of Bruno Fernandes has apparently had a great impact on the dressing room atmosphere.

Martial seems like a player that thrives off the ability of those around him and this allows to play with a great deal of confidence. At times, he has looked lost but others he has looked like a real superstar.

His current form suggests that he is happy to stay and has found a team he can believe in and enjoy playing with. So from a United point of view, long may it continue.

What can they achieve?

The question on every United fans lips is now, can they achieve greater heights?

The beginning of Ole Gunnar Solskjaer’s reign as manager was faultless but it took a real nose dive and you could forgive people for thinking the same thing could happen again.

If the form of these three players continues in the same fashion, we could see a very dangerous United side going into the next campaign. With the Europa League still to content for, there is a lot of hope surrounding the club that a season, which looked dead and buried, produce a European trophy and Champions League football.

With such a small gap between this and next season though, you have to wonder how United will compete next year. It appears, however, Solskjaer could be building a fantastic team. Defensively there is still work to be done – but the future certainly looks a lot brighter for the red side of Manchester.