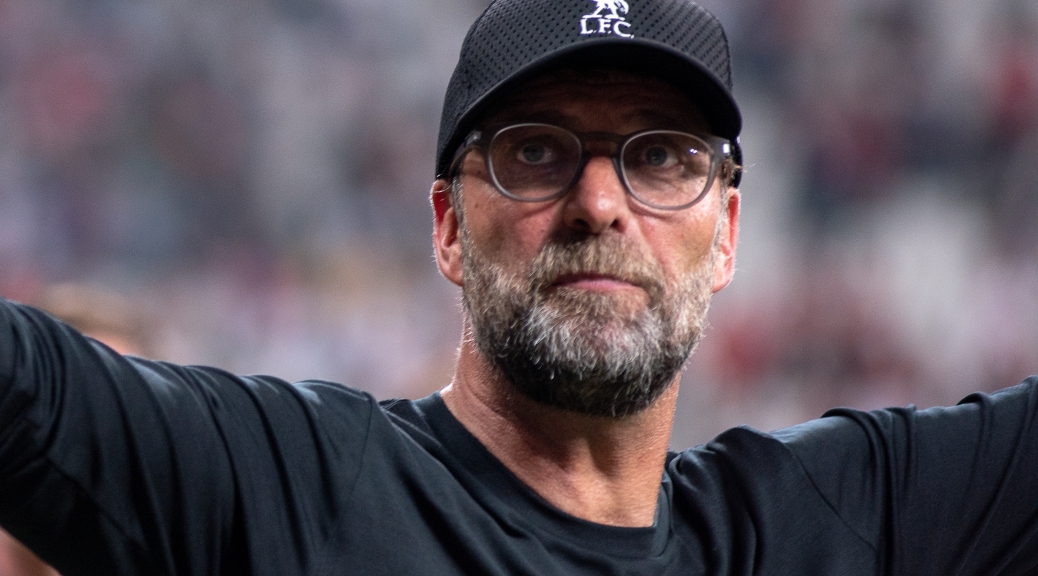 On a night at Anfield where Liverpool were anxiously waiting to celebrate the club’s first Premier League title, they did it the best way possible. The Reds were able to beat Chelsea, the club that Steven Gerard had his infamous slip six years ago, which ultimately led them to not win the league.

Liverpool, who were honored as the champions after the final whistle blew, dominated Chelsea during the first half. This helped them get on the scoresheet first.

After Willian lost the ball, Naby Keita launched a rocket in the top right corner that a diving Kepa Arrizabalaga had no chance of saving.

Fifteen minutes later, Trent Alexander-Arnold scored a beautiful free kick goal that a flat-footed Kepa watched go by into the goal. This occurred due to a nice run by Sadio Mané, who ended up getting fouled by Mateo Kovacic.

Things went from bad to worst for the South London-side when Olivier Giroud’s clearance of a corner kick fell right in front of Georginio Wijnaldum, who had a perfectly striked the ball for their third goal in a span of 20 minutes.

Chelsea were able to cut the deficit to two after Marcos Alonso passed the ball to Willian that was saved by his fellow Brazilian Alisson. However, Giroud was able to slide in to get the ball into the back of the net just before half-time.

Giroud pulls one back!

The Reds, however, continued their excellent form in the second half by getting a fourth goal in the match courtesy of Roberto Firmino. The Brazilian, who had not scored at home this season, was able to head in a cross from Alexander-Arnold for his ninth goal of the campaign.

The Blues, who had made a triple-substitution moments before hand, were able to score their second after Christian Pulisic made a nice run, which included a nutmeg on Joe Gomez. He later found Tammy Abraham, who tapped in the ball past Alisson.

Immediately off the bench, @TammyAbraham gets himself on the scoresheet! 👏@CPulisic_10 with the assist.

This electric game kept on going when Callum Hudson-Odom crossed the ball to Pulisic, who was calm and collected as he nailed the top right corner in their comeback attempt.

GAME ON! 🙌@CPulisic_10 shows great composure in the box to fire us within one of the hosts!

Just when it appeared that Chelsea were going to have a good chance to tie the game after being four one down,  Liverpool were able to capitalise on a fast break. Left back Andrew Robertson was able to find substitute Alex Oxlade-Chamberlain, who put the result beyond doubt on a celebratory night for Jurgen Klopp’s men.

If you are a football fan who adores offense, this was the game for you. The eight-goal thriller was a match for the ages as Liverpool were able to dominate on a momentous night for the club and its fanbase across the world.

Liverpool will close out the season on Sunday at Newcastle United. Chelsea, meanwhile, will look to keep their Champions League at home against Wolverhampton, where they will keep track of the Leicester City-Manchester United match for the remaining spots in European’s top club competition.