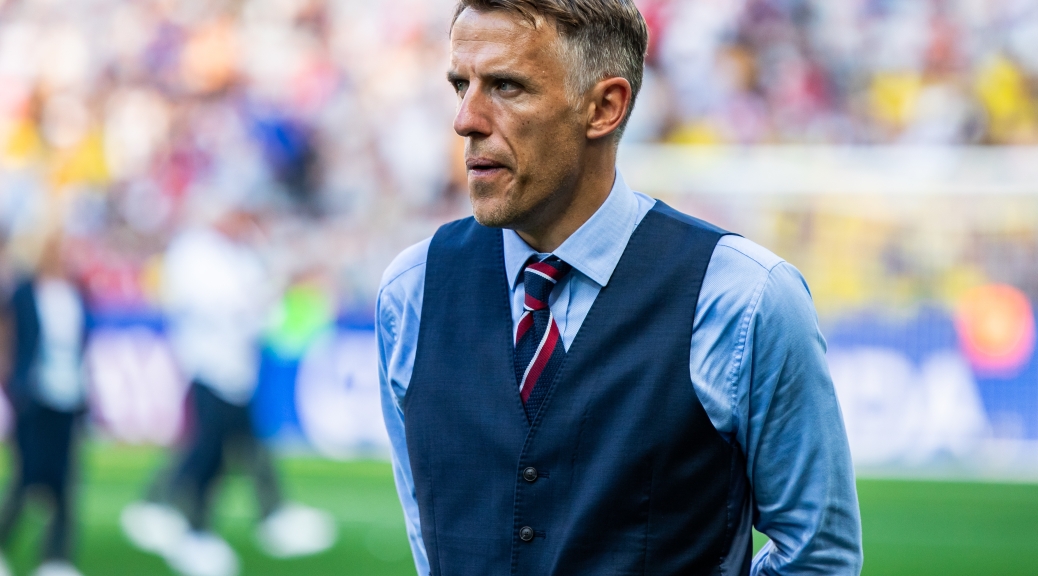 The former Everton and England defender is set to leave his post as Lionesses’ head coach, (which he has held since 2018), with immediate effect.

At 43, Neville already had a vast amount of coaching experience under his belt, working with the England’s U21 side, taking a coaching role at Manchester United and the assistant manager position at Valencia, before landing the England Women’s job.

During his time in charge, he led the Lionesses to glory in the SheBelieves Cup for the first time in 2019 as well as a fourth place finish at the World Cup in the same year, where they were narrowly eliminated by eventual winners USA in the semi final.

Despite a promising first eighteen months at the helm, the team’s form tailed off after that impressive tournament. They failed to retain their SheBelieves Cup crown last year and have lost seven of their eleven games since, their worst run since 2003 which placed mounting pressure on Neville to resign.

In April of last year Neville announced he planned to leave his position as manager when his contract expires in July 2021 after the 2021 Euro tournament was postponed to 2022 as a result of the Covid 19 pandemic.

Neville agreed to step down from England duties almost nine months ago now, but was still in line to oversee Team GB at this year’s rescheduled summer Olympics in Tokyo before allowing Holland head coach Sarina Wiegman to take over the England role permanently in September.

Taking the Inter Miami job would obviously rule him out of contention for leading Team GB at the Olympics, with the FA already looking to appointing a caretaker manager to do so.

Inter Miami, who are part owned by Neville’s former teammate David Beckham, finished 10th in the Eastern Conference in their inaugural season, winning seven, drawing three and losing thirteen of their games.

They earned a spot in the MLS playoffs, becoming only the seventh franchise to do so in their first season, but were defeated 3-0 by Nashville, in what proved to be Alonso’s last game in charge.

Neville will be tasked of getting the best out of Miami’s marquee signings, mainly World Cup winner Blaise Matuidi, Argentine Gonzalo Higuaín, who registered just one goal last season and former Celtic player Lewis Morgan who was a huge success story last campaign.