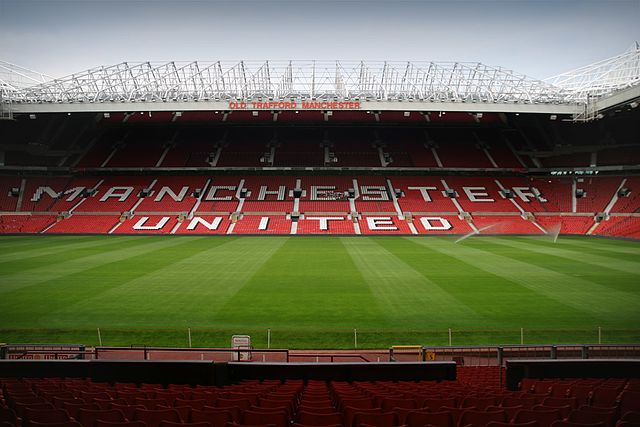 Tottenham left-back Danny Rose is the nation’s best regarding that position, but has become a frustrated figure at the north London club due to an injury sustained in January keeping him on the side-lines. When a player of this quality is not 100% happy at a club, other teams will be on red alert, with four teams now being linked to Rose according to the Daily Star (http://www.dailystar.co.uk/sport/football/652319/Danny-Rose-next-club-odds-Man-Utd-Tottenham-Premier-League-sportgalleries) with one of the sides being Manchester United. Here are three reasons as to why Rose should choose Old Trafford as his next destination;

Rose was a part of an interview in which the player stated he is worth more than the £65,000-a-week salary Spurs are paying him and with a switch to the super-wealthy United, his salary would be doubled. Money has become the stem of football with many players basing so much on income when deciding which team to play for. When a team easily capable of doubling your current salary come looking, it is hard to hide.

United’s desperation for a new left-back-

In 2014 United signed Luke Shaw for £27m, but questions over his fitness after a lengthy injury has made him an outcast in Manchester, and with make-shift players such as Young, Darmian and Blind playing left-back, there is certainly a huge spot for Rose to make his, and both parties would complement each other well as United have not had a strong, consistent left-back since Patrice Evra.

At 27, it comes as no surprise Rose may be looking for a way out of Spurs as the side, although playing some fantastic football, are yet to win any silverware for nine years. Although United have not been at their sparkling best of yester-year they still manage to win trophies with them successful in the Europa League and EFL Cup last season. If he were to join the team from Old Trafford, silverware will be a sure thing.

In the summer Liverpool’s maestro Philippe Coutinho was heavily linked with a £113m move to Spanish giants Barcelona and although an agreement was not reached between the two clubs, that did not stop the on-going saga from continuing beyond the transfer window with reports now suggesting big spenders Paris Saint Germain are also interested in getting the Brazilian’s signature. However, Liverpool fought tooth and nail to keep hold of their most prized asset and this intention will remain the same for as long as possible. Although a big money move to another huge European club can be mouth-watering for any player, here are three reasons as to why Coutinho should stay at the Merseyside club:

He will remain the main man

After Liverpool rejected a total of three bids for their number 10, it clearly represented how much they value their attacking midfielder, which showed how much he is idolised by the club and with this comes the sense he is Liverpool’s main star; an attribute that can mean more to players than most people may think. If he were to choose a move to PSG or Barcelona, he is inevitably going to be overshadowed by the likes of Neymar and Lionel Messi and for some top players, playing second fiddle is not something they want to be doing (just ask Edinson Cavani!). if he were to remain a Red, that sense of being the go-to guy will never fade away.

The hectic and wild English Premier League- there is simply nothing quite like it. No match-day is ever easy, whether that be a trip to Stamford Bridge or the Falmer Stadium, a Premier League fixture will never be a simple process. For agile players such as Coutinho the English league is something that creative midfielders thrive on, allowing players such as himself to evolve each week through intense and frequent competition. If he were to switch to Ligue 1 for instance, he may find the constant competition which develops his game, hard to come by as some matches can be more straightforward. Although he could potentially go on to play alongside the world’s top talents, the contest that is the Premier League will not be matched by any other division in Europe.

Although he has been under recent criticism as results have not be going his way, one thing that has remained the same, is Jurgen Klopp’s fantastic relationship with his players. Although he has a dynamic playing style consisting of high, intense pressure and fast-paced breaks from defensive areas, the way Klopp motivates and keep players on board are the attributes that makes him most attractive to play under from a player perspective. If Coutinho were to peruse a move away from Liverpool, he would also be leaving behind one of Europe’s finest managers which is an experience some players can only dream of, and no matter where he ends up, he will never quite find a manager as diverse and as connected to his players as Jurgen Klopp.

When a football manager takes on a job, usually there is a player who is not doing so well at the club and suddenly, under the right management, turns his footballing career around and becomes the latest fans’ favourite and in Jose Mourinho’s case at Manchester United, that player is Marouane Fellaini.

At the start of his life at Old Trafford, Fellaini was very much a figure that represented negativity when it came to Manchester United, which stemmed down to being a signing under the not-so successful reign of David Moyes. This representation carried on through Louis Van Gaal’s management of the club, but under Mourinho, the Belgian midfielder has improved vastly and after being involved in 5 goals in his last 7 games (4 goals, 1 assist) United’s number 27 is relishing life under Jose.

There are midfielders currently at the club that offer more, but Fellaini’s control and overwhelming height makes him a player very little opposition will enjoy playing against and of recent time, goals have now been added to his attributes. With £89m Paul Pogba out with what looks like a length injury, Marouane is set to get much more game time which will allow him to prove to critics what he is all about.

He has often been brought on as a substitution to change United’s style of play through using his height to get him in and around the box to either convert or to assist a player through bringing it down but as he has got more game time, he has adapted to a defensive midfield role with the traditional, pacey players normally associated to United having the licence to move forward. He is a player who was harshly treated at the start of his Manchester United days, but now has the chance to prove the magic in Marouane.

What do you make of Fellaini’s form this season? Let us know in the comments section below…

On the back end of his impressive Europa League performance against Bate, Jack Wilshere finally showed signs of why he first had every English fan filled with excitement, especially in the first half only misplacing one pass before the half-time whistle as well as assisting Theo Walcott for the first goal of the game. His anticipation of the game was impressive, making runs and acute passes in and around the box, creating space for himself and his teammates.

His return from a season-long loan at Bournemouth came as a small surprise to some, but Gunners’ manager Wenger remained his faith in the Englishman. Wilshere has admitted his love and desire to stay and play his football at the Emirates Stadium and his ability has never been questioned. his game time however must be amongst the unluckiest in the Premier League with injury after injury stunting his growth to become an elite creative midfielder.

But now he is back in the fold at Arsenal, and assuming he steers away from the injury list, Wilshere will be putting the pressure on his fellow midfield teammates for a regular spot in the starting line-up. Referring again to the experimental Europa League side fielded against Bate, Wilshere also acted like a real leader on the pitch especially for youngsters such as Reiss Nelson, with this being a trait in his game that gives him an advantage over the reckless Granit Xhaka for instance, whom is fair to say, does not set the most ideal example on the pitch.

Although Arsenal’s midfield is the strongest area within their squad, Wilshere’s natural ability, quick-thinking and decisive passing gives him every right to be earning a place in the Gunners’ first eleven, and from an English point of view would be fantastic to see.

The term world class in recent times has been thrown around in the footballing world far too easily, with a player having ten good matches and suddenly is being hailed as one of the all-time greats! But with Tottenham Hotspur’s main man Harry Kane, ‘world class’ can begin to be considered.

The Englishman established himself into the first team at Spurs in 2014/15, racking up an impressive 21 goals in 34 appearances. The Chingford raised 24-year-old went from strength to strength by scoring a total of 54 goals in the following two seasons in the Premier League alone. The man is destined for greatness and considering his modest age, the sky is truly the limit for Mr Kane.

However, to give someone that so-called ‘world class’ status, for me, is something that should not be handed out lightly. Although I have no doubt Kane will get there I don’t believe he has done enough from a silverware point of view to be bunched with the elite forwards such as Luis Suarez, Robert Lewandowski and Sergio Aguero. People may believe Kane has surpassed some of these high-calibre names, but the thing that sets them above him is they can all look back at their careers’ so far and have trophies and winner’s medals to show for it, and this reason alone gives you a strong insight into the assessment of Harry Kane’s pursuit of a world-class status.

Once Kane begins to win trophies nobody can deny him the right to belong in that top bracket as his footballing ability on and off the ball is second to none. But top players win top competitions, and Harry Kane is yet to win a single bit of silverware which is the only bit of the jigsaw he needs to tick every box regarding that ‘world-class’ status.