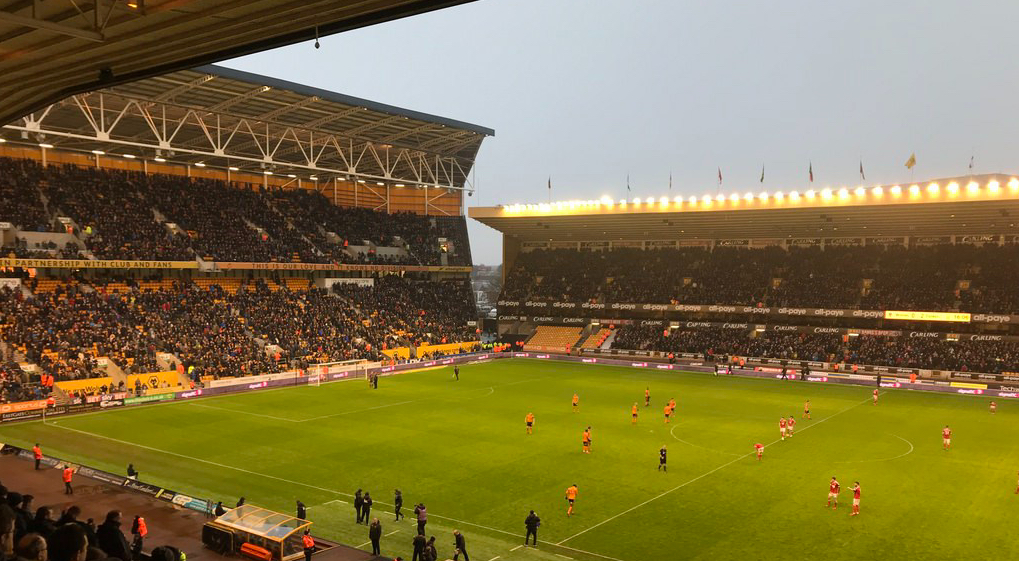 After promotion to the Premier League, Wolverhampton Wanderers have been making big noises in the transfer market after the signing of Portugal international Rui Patricio. The club with the envy of many Championship teams last season as they were able to attract high profile players such as Ruben Neves and Leo Bonatini to name a couple, and went onto win the league title. Now in the big time, they will be looking to improve on their already talented playing squad to ensure they are playing in English footballs top flight for many years to come.

With this in mind, the club is linked with England international Jack Wilshere.

The Sun is reporting that Wolves are one of a number of clubs who are linked with the midfielder. Since announcing he is going to leave Arsenal the other week, there has been plenty of speculation as to where he will be playing his football next season with West Ham one of the early front-runners for Wilshere, but reports in the Daily Star today suggest there is a stumbling block as the ‘Hammers’ are only willing to offer him a one-year deal.

If Wilshere isn’t willing to sign a one-year contract with West Ham, then Wolves should look to advantage and make a swoop for him. Despite the club already blessed in the midfield with the likes of Ruben Neves and Romain Saiss, having a creative midfielder with Premier League experience could prove crucial next season.

Wolves fans would you like to see Jack Wilshere at Molineux next season? Let us know in the comments section…

Derby County once again find themselves in the Championship promotion picture and after a victory at Deepdale against Preston North End on Monday, which ended the clubs eight-game winless run Gary Rowett’s side sits fifth in the league table.

With both Fulham and Aston Villa looking comfortable for at least the playoffs this season, it’s going to be a shootout between 7 teams who make up the final two playoff spots.

One of Derby’s biggest problem in the last few games has been finding the back of the net as throughout March they only scored 3 times in 4 matches, and this is something manager Gary Rowett will want to put right if they are to get a playoff spot come May.

The ‘Rams’ completed the signing of Cameron Jerome in January to bolster their attacking options but he has only found the back of the net on 1 occasion since joining the club and with other striker Sam Winnall sidelined for the rest of the season, Jerome is going to have to step up and support leading goalscorer Matej Vydra if the club are to be successful this season.

Despite adding to his attack in January Rowett is already rumoured to be looking at adding to it this summer with the Derby Telegraph linking the club with fellow Championship striker Lee Gregory.

Lee Gregory – Having moved down south in 2014, Lee Gregory has become a fan favourite at Millwall having found the back of the net on 54 occasions for ‘The Lions’, including 10 times this season.

With the striker already been proven and established at Championship level it could be seen as a very good move for Derby as they would be getting a striker who certainly knows where the back of the net is.

Derby fans would you like to see Lee Gregory at Pride Park next season? Let us know in the comments section…

Northampton Town yesterday parted company with manager Jimmy Floyd Hasselbaink after just seven months with the club. The ‘Cobblers’ are on a run of nine games without a victory and yesterdays 2-0 defeat to Peterborough United was the final straw for Northampton chairman Kelvin Thomas, who made the decision to part company with the Dutchman just hours after the final whistle at London Road.

First-team coach John Pemberton has left the club, whilst Assistant Manager Dean Austin will take charge of the first team until the end of the season. With that in mind, we take a look at three candidates who could take the managers hot seat at Sixfields in the summer.

Grant McCann – Could irony strike as Jimmy Floyd Hasselbaink loses his job after losing to Peterborough and then the former ‘Posh’ manager gets the Northampton Town job?

McCann who was sacked in February from his post with Peterborough is still without a job and is seen as one of the main contenders for the manager’s job at Sixfields. His ‘Posh’ side made a flying start to the League One season after making some quality additions to his playing staff including the likes of Jack Marriott, Danny Lloyd and George Cooper but following a run seven games with a victory, McCann was sacked by the club.

Despite only having Peterborough on his CV as previous managerial experience, McCann could be an ideal candidate if he could get Northampton playing the way he got his Peterborough side playing at the beginning of the season.

Graham Alexander – The former Scunthorpe United manager has only been out of work a matter of days but again is seen as a major contender for the Northampton Town job. After guiding Scunthorpe to the play-off semi-final last season, Alexander was sacked by the ‘Irons’ with the club fifth in League One but without a win in eight.

Having previous managerial experience in English Football’s third tier with Fleetwood Town and also after nearly getting Scunthorpe promoted last campaign, Alexander could be seen as the man to guide the ‘Cobblers’ from a bottom half team to ones competing near the top of the League One table.

Uwe Rosler – After doing a terrific job with Fleetwood Town last season, where he guided the ‘Cod Army’ to the League One playoffs, Rosler couldn’t repeat that feat this season with the Fylde Coast outfit deciding to part company with the German.

Despite not having the best of seasons this time around, Rosler more than showed his credentials last term guiding a club to a much higher position than would have been expected of them before a ball was kicked and could be seen as the perfect fit for Scunthorpe.

As a club with a minimal budget compared to some at League One level, Rosler could be the man to get the very best out of the playing staff already at the club without having to go and spend huge money on bringing in reinforcements.

Northampton Town fans who would you like to see in charge of your club next season? Let us know in the comments section…

Karl Robinson has only been in charge of Oxford United for one game but he will have been assessing his squad and where he needs to improve ahead of next season. The new manager has already expressed an interest in having a U-23 side next season, showing he wants to make changes around ‘The Kassam’ stadium in order to give the club every opportunity of promotion to the Championship next campaign.

Having already had success at League One level with Milton Keynes Dons, Robinson knows exactly what is needed to get a team out of the division and in the summer will no doubt like any new manager going into a football club want to bring in his own players.

With that in mind, the new manager to should look to reunite himself with fullback Dean Lewington.

Dean Lewington – Having made over 500 appearances for MK Dons, the experienced fullback would be the perfect fit for Oxford United. The ‘Us’ have conceded 57 goals so far this season and Lewington’s experience could prove crucial to the club keeping more clean sheets next season and also helping them to promotion out of League One.

Lewington has a promotion on his CV as he was at Stadium MK at the same time as Robinson when they won promotion to the Championship and has already been reunited with Robinson as he was training with Charlton Athletic earlier this season.

It’s clear that both parties know each other well and have had success working together in the past and both of these factors could provide a foundation in helping Oxford United becoming a Championship team.

Oxford fans would you like to see Dean Lewington at the Kassam Stadium next season? Do you believe that his experience will help your team keep more clean sheets and gain promotion to the Championship? Let us know in the comments section…

Ipswich Town are already plotting their future with news this week coming out that the clubs owner Marcus Evans is set to make a decision on manager Mick McCarthy’s future and now reports are circulating that the club are looking at signing AFC Wimbledon striker Lyle Taylor this summer.

The ‘Tractor Boys’ are set to face competition for the ‘Dons’ striker signature and its easy to see why. Taylor has found the back of the net on 15 occasions already this season and with his contract coming to an end this summer, this could be a lure for clubs to race to sign him.

It’s the third season on the run that Taylor has hit double figures with goals and as well as being able to play as a central striker the 27-year-old can also play on either wing offering versatility to his game.

With the club starting to look towards signings for the summer does this suggest that Mick McCarthy is set to stay on as manager beyond the end of the season?

This is something for sure that Taylor would want to know before joining the ‘Tractor Boys’ so he knows the manager who brings him to the football club has a future and also so he knows he features in his plans longterm.

If Ipswich do go ahead and sign Taylor this summer, then he will have to take his opportunity when he gets it, as the club already have 5 strikers on their books in the first team.

Ipswich Town fans would you like to see Lyle Taylor at Portman Road next season? Will your club offload another striker to bring him in? Let us know in the comments section…