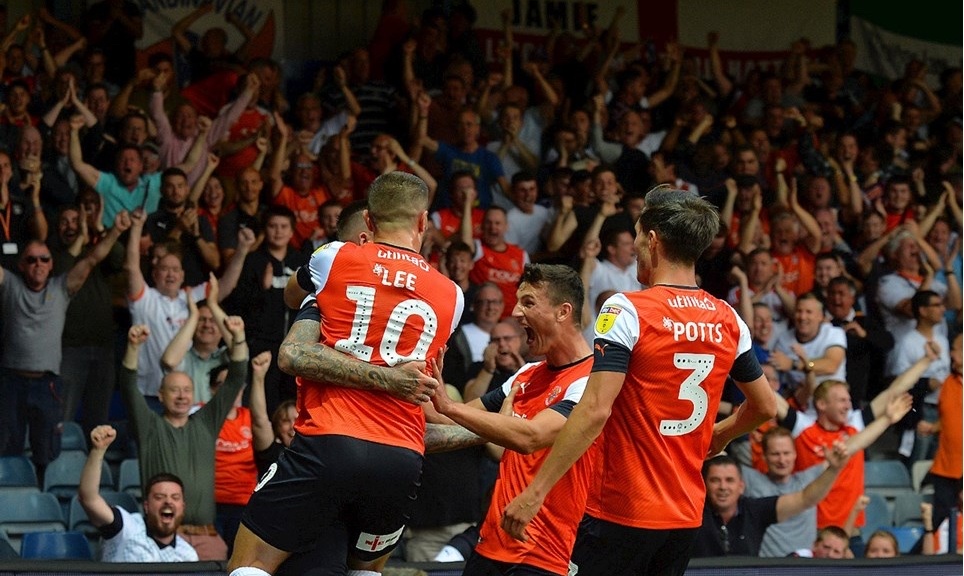 6 years ago today, Leicester City and Burnley were on course for promotion back to the Premier League and 5 current Premier League teams were playing in the Championship. Luton Town on the other hand, were playing and losing 2-0 away to Wrexham. Alex Wall was sent off that day, and as he walked down the tunnel I doubt anyone could have imagined the meteoric rise that would take place in the next 6 years.

In the week that James Collins made a scoring debut for the Republic of Ireland, it is only right that Luton fans remember the work that has gone in to reach the frankly dizzying heights of the Championship.

However, it is equally important to look to the future, and boy does it look bright. A new stadium under construction, a new retail park to help fund it. The playing squad is young and exciting and, most importantly, owners who are not willing to put the club’s future at risk for the sake of immediate glory.

It is easy to forget that just 6 years ago the Town were non-league. The international break was proceeded by back to back wins against two of last seasons premier league bottom three in Cardiff and Huddersfield. 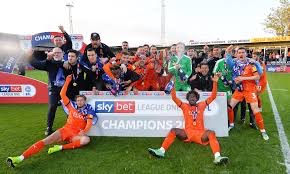 The gulf between the Premier League and the rest of the EFL has been well documented, and in recent seasons it has only continued to grow. However, it seems as though the jump from League 1 to the Championship is almost in the same ballpark now. I’m going to take a look at the finances and see how the newly promoted League 1 clubs (Luton, Barnsley and Charlton) could fair in the battleground that is the English Championship.

Let’s take wages as an example. The average basic wage in the Championship is around £330,000 a year, working out at about £6,300 a week. While this is nowhere near the dizzying heights of Premier League wages, it makes the £70,000 a year average for League 1 look rather small. That works out at £1,346 a week: a significant gulf is starting to emerge. The same can be said for agents’ fees. Last season, League 1 clubs paid a total of £2,611,647 to agents in a bid to sign players. That sounds like a lot money doesn’t it? So, what if I told you Aston Villa alone spent £5,510,180. That’s more than double the League 1 figure. So how can clubs be expected to thrive in the Championship on a League 1 Budget? I’m going to have a look at some past examples to see how clubs have fared making that jump.

It is obviously not impossible though. Some teams promoted from League 1 in recent memory include Wolves (Premier League), Bournemouth (Premier League), Huddersfield (Championship) and Brighton (Premier League). So it can be done. The newly promoted teams will face a level of competition and finances that they are not used to, so how will they get on?

Luton’s story has been quite remarkable. From the infamous -30 points season of 08/09, to near bankruptcy and then to 3 promotions in 6 years (going up from League 2 and League 1 in successive campaigns). They came into League 1 with a decent budget, but there were limited expectations. The budget and spending placed them around the playoffs, so to go on and win the league was a massive achievement. They are a prime example of how important good ownership is to a football club, and so my predicted finish for The Hatters in the Championship is 15th.

Barnsley have Championship experience as recently as 2017-18, being relegated after some ownership problems led to the selling of 80% of the club and the sacking of Assistant Manager Tommy Wright. New ownership gave the club momentum, as did the appointing of manager Daniel Stendel. Given the calibre of player that Barnsley have (some were retained from the Championship), my prediction for the Tykes is 13th.

Charlton’s promotion was thanks to a unified group of players and management, and in spite of their owners. Protests continue against the owners off the pitch, but on it they were one of the best footballing sides in the league. The troubles with the owners may well make it difficult to make quality signings and investments, so a lot of trust will have to be put in the players that got them into the Championships to keep them there. My predicted finish for the Addicks is 18th.