Hakimi, who made 17 appearances for Los Blancos after rising through their youth ranks, has penned a five year deal with Antonio Conte’s side, who currently sit third in Serie A.

Dani Carvajal currently occupies the right-back spot at Los Blancos so Hakimi was unwilling to take a back seat after an impressive loan spell in the Bundesliga. This caused the Real Madrid youth product to request a move away from the Bernabeu.

Subsequently, Inter paid €40 million (£36 million) with €5 million add ons for the CAF Young Player of the Year winner. He was pictured in Milan for his medical on Tuesday, and confirmed the move on his official Instagram account this evening.

Real Madrid also released a statement on the departure of Hakimi saying:

“The club want to thank Achraf for all these years of dedication, professionalism and exemplary behaviour since he arrived at our academy in 2006 and wish him luck in this new stage of his career.”

Hakimi has spent the past two seasons on loan in Germany with Borussia Dortmund, where he played 70 games, scoring 12 goals and striking up a potent partnership with Jadon Sancho on the right flank.

He put in some particularly impressive performances in the Champions League, providing a hat-trick of assists against Atletico Madrid last season, before scoring braces against both Slavia Prague and his new employers Inter in this year’s group stages.

Lucian Favre tended to use Hakimi as a right wing-back in a 3-4-2-1 formation, given his ability to attack at pace and deliver pin-point crosses. He is also defensively, very sound, adept at playing long balls which open up opposition defences.

It is likely Conte will utilising the Moroccan in a similar role, given his reputation for setting teams up to play with a three at the back and having creative wing-backs as attacking outlets.

Hakimi is equally capable of playing as a winger, having featured there during his days in Real Madrid’s academy, whilst he can also slot in at left back.

At just 21 years of age and with over 100 senior appearances to his name, Hakimi is certainly a very exciting signing for Inter as they look to challenge Juventus.

The Nerazzurri have not won the league title since 2010 and acquiring a new superstar in Hakimi will certainly make them a formidable opponent in Serie A next season.

After a verbal agreement was reached between Chelsea and Ajax, Hakim Ziyech is set to join the Premier League side for €45 million.

Ziyech, who had signed a three-year contract with the Dutch giants this past August, was linked to a move to England for some time. However, the South London club were the only ones able to snatch the 26-year-old.

Criticized for not making a move during the winter transfer window, especially after fighting to get their ban removed, Chelsea were able to add a player who can make a difference on the pitch.

Already filled with tons of young talent on the squad, the Moroccan international brings an impressive pedigree from the Netherlands and is hoping to having similar success in one of the best league’s in the world.

The attacking midfielder has some familiarity of what the Blues are all about, having played them twice this season during the group stage of the UEFA Champions League.

During his senior career, Ziyech has scored 79 goals in 211 appearances for Heerenveen, Twente, and Ajax. However, he was most known for his excellent passing, leading the Eredivisie in assists four times over the course of his career.

Most of Ziyech’s success came after playing for de Godenzonen, where he was Ajax’s Player of the Year twice, included in the Eredivise’s Team of the Year three times, and, most notably, part of the UEFA Champions League Squad of the Season last year when the Dutch side made a surprise run to the semi-finals of the tournament before losing to Tottenham.

After some notable players, particularly Matthijs de Ligt (Juventus) and Frenkie de Jong (FC Barcelona), on the team left for bigger clubs, Ziyech opted to stay in Amsterdam, where he currently has 6 goals and 12 assists this season.

As a member of the Atlas Lions, Ziyech has scored 14 goals in 32 appearances for the country, where he pledged his allegiance over the Netherlands. Having represented Morocco in some major tournaments such as the 2018 FIFA World Cup and the 2019 Africa Cup of Nations, he was a part of the 2019 CAF’s Team of the Year.

With several big names in the club who have expiring contracts, Ziyech is brought in to provide some much-needed assistance. As Chelsea finally make a move for the club, fans are hoping that Ziyech is the answer to help the squad do well in domestic and European competition.

With the MLS season set to begin at the end of this month, Inter Miami are hoping to sign Edinson Cavani and Luka Modrić away from their respective clubs.

The club, who are part-owned by football legend David Beckham, are looking for some reinforcements for this season, particularly one’s they think will make a big splash in the league.

Cavani, whose contract with Paris Saint-Germain is set to expire at the end of this season, has been left out of Thomas Tuchel’s plans as the German manager has been pairing Inter Milan-loanee Mauro Icardi alongside generational-talent Kylian Mbappé. After rumors that the Uruguayan striker was on the move to Atlético Madrid this past transfer window, the deal did not materialize.

The 32-year-old has been lethal for Les Parisiens, scoring 136 goals in 196 appearances for the French giants. However, in 10 league appearances this season, Cavani has only scored twice. This move to the Western Hemisphere could be a win-win situation as Cavani would get the opportunity to star in Vice City whereas PSG can unload the disgruntled striker and not worry about any more chaos.

On the other hand, Modrić is going to be more difficult to sway as Real Madrid are currently in the top spot of La Liga.

The Croatian-midfielder, whose has a contract with Los Blancos until June 2020, has been a vital part of the club’s success since his arrival in 2012 from Tottenham Hotspur. Since his arrival, Real Madrid have won four UEFA Champions League, four FIFA Club World Cups, and the league in 2017. However, the 2018 Ballon d’Or winner has been limited this season due to the rise of Fede Valverde.

As a new franchise in the league, Inter Miami are hoping to secure some big signings that could help them have a successful inaugural season. However, time is ticking for The Herons as they open the season on March 1 away against last year’s Supporter’s Shield winner LAFC. 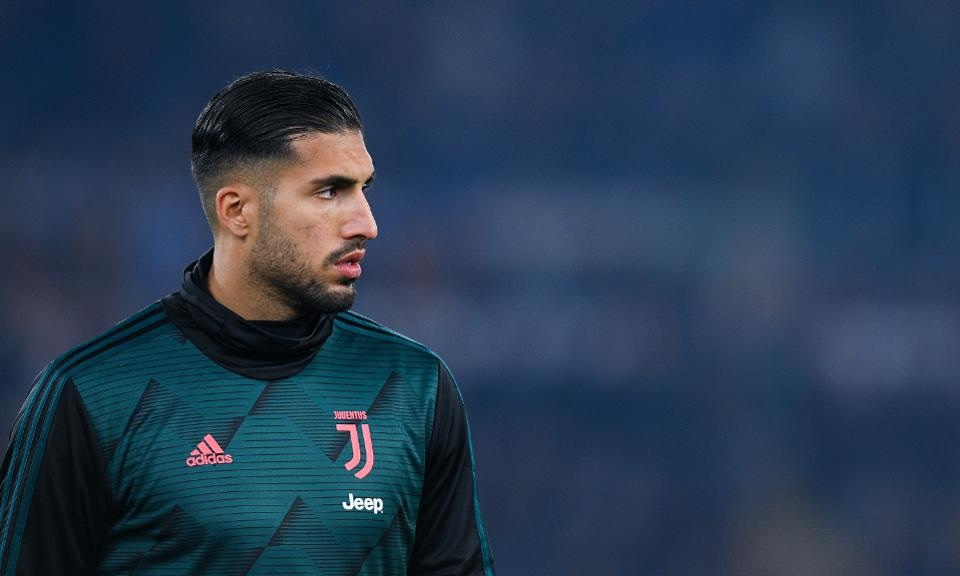 Juventus midfielder Emre Can signed a season-ending loan deal with Borussia Dortmund, returning to play in Germany for the first time since 2014.

There had been reports of Can returning to the Premier League to play for Manchester United, but he will be suiting up for the Black and Yellow for the remainder of the season.

The German international began his senior career with Bayern Munich in 2012 before departing the Bavarians for another short stint in the country, this time with Bayer Leverkusen. Can played most of his career in England for Liverpool, spending four years with the club before leaving the club to join Juventus after his contract expired.

In 185 appearances at the senior club level, the 26-year-old has scored 18 goals. However, this season has been one to forget for Can as he did not seem to fit new manager Maurizio Sarri’s plans for the team, which caused him to only make eight appearances this season.

For the German national team, Can has made 25 appearances, but has only the found the back of the net once for his country. Although Can was excluded from the squad from Germany’s squad in the 2018 FIFA World Cup in Russia, he did make an appearance in the UEFA Euro 2016, starting in a 2-0 semi-final loss to host France.

It is currently a neck-to-neck race for the top spot in the Bundesliga with leaders RB Leipzig only having a four-point differential between them and fourth place Dortmund.

After the squad landed transfer market gold by signing young talent Erling Haaland, who has scored five goals in two appearances so far, the team is hoping the Can is able to provide solid midfield depth that can carry them to a first-place finish in the league for the first time since 2012.

Also, with the UEFA Euro 2020 right around the corner, this could be Can’s chance to reassert himself back into the squad for a major competition.

With rumors swirling around since last season about wanting to move from Tottenham, Christian Eriksen has finally departed by signing with Inter Milan.

The Danish attacking midfielder has played a pivotal part for the Spurs since he began his career with the club in 2013. His accolades with the North London side include winning the club’s Player of the Year award in 2014 and 2017, was part of the PTFA Team of the Year in 2018 and was a member of the squad that finished as runners-up in last year’s edition of the UEFA Champions League.

Eriksen has had a successful senior career thus far with Ajax and the Spurs. For the Dutch side, where he had been since his youth career in 2008, he scored 25 goals in 113 appearances before leaving for the Premier League side in 2013. Meanwhile, for the English-side, he scored 51 goals in 226 appearances, but has only scored two goals in 20 appearances this season.

For the Denmark National Team, Eriksen has scored 31 goals in 95 appearances. During the 2018 World Cup in Russia, he helped the squad advance to the knockout stages of the tournament for the first time since the 2002 World Cup in South Korea and Japan. After finishing second in Group C to eventual champions France, they ended up losing in the Round of 16 to runner-up Croatia.

As Inter sit three points (48) behind Juventus (51) for the top spot in Serie A with 17 games left, their fans are hoping they are team to finally dethrone the Turin squad, who have held the possession since 2012.