Whilst the eyes of the football world focused mainly on Liverpool against Leeds and Chelsea’s new look squad, under the radar dotted around the UK the English Football pyramid also began the 2020/21 campaign this weekend in earnest.

Here is your roundup of all the goings on and everything you need to know!

All three relegated clubs kicked off their season with wins as they all look to bounce back at the first time of asking. Norwich striker Adam Idah grabbed an 80th minute winner away against Huddersfield Town, whilst an early Craig Cathcart strike was enough to give Watford an opening day victory against Middlesbrough.

A Bournemouth side under new management after Eddie Howe’s departure got themselves entangled in a classic with Blackburn Rovers, the Cherries running out eventual 3-2 winners thanks to a late goal from Arnaut Danjuma.

Last seasons play-off final runners-up Brentford lost their opening day clash away at Birmingham City. Swansea City who made the play-offs semi-finals in dramatic fashion kicked off their season with an impressive away win at Preston North End, Wolves loanee Morgan Gibbs-White with the only goal.

There was plenty of goals around League One as Sunderland began another season in the third tier with a 1-1 draw at home to Bristol Rovers.

Ipswich Town kicked off what they hope will be a successful season with a 2-0 win against Wigan with Teddy Edwards and Gwion Edwards on the scoresheet, whilst Swindon Town were perhaps most impressive on the day as they ran out 3-1 winners against Rochdale.

Northampton Town and AFC Wimbledon played out a 2-2 draw at Sixfields Stadium with all four goals coming in the first half.

The story of the day in League Two came at Roots Hall, but it wasn’t for Southend United. Instead Harrogate Town in their first ever football league game ran out 4-0 winners with a Jack Muldoon brace at the heart of the victory.

Morecambe left it very late as they crept past Cheltenham Town, a 92nd minute winner from Carlos Mendes Gomes giving the Shrimps all three points in a 2-1 first day win.

With Carabao Cup action this midweek the EFL ties will begin again on Friday night with Coventry v QPR in the Championship. 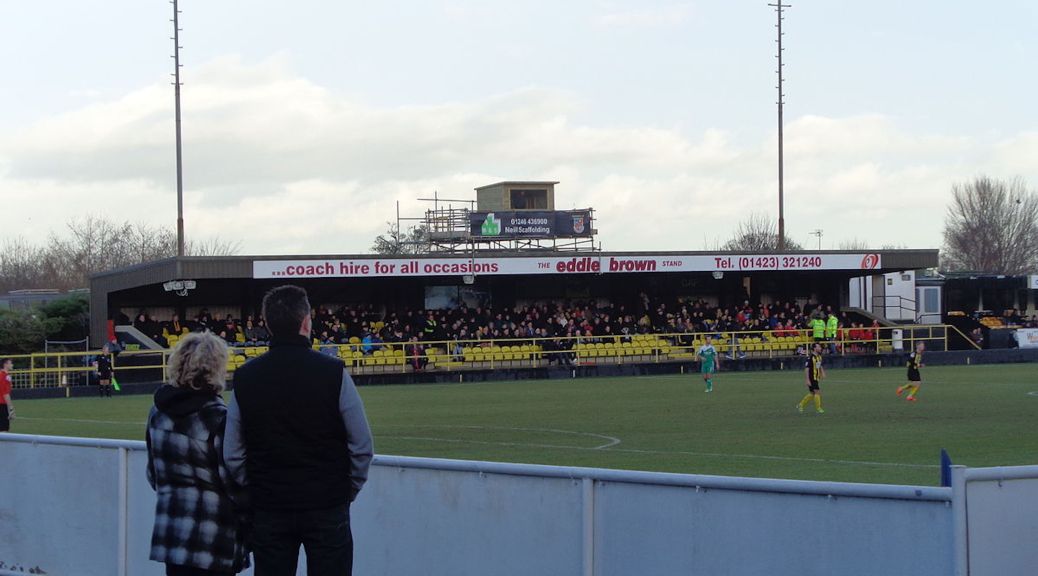 There must be something in the Yorkshire air this season. First Leeds United gain promotion to the Premier League and now Harrogate Town will be playing in the Football League next season.

What a success story for little Harrogate Town. They pushed National League Champions Barrow all the way all season, before eventually finishing second.

After defeating highly fancied Notts County in Sunday’s play-off final 3-1, it is a fairy tale story for a club living in the shadow of Leeds.

A town more famous for its tea rooms than its football club, will be playing amongst the likes of Bradford City, Forest Green Rovers, Port Vale and Oldham Athletic next season.

For the very first time in their history, Town are a Football League club. Harrogate itself attracts tourists from around the world to sample tea and cake in their famous tea rooms.

The club, who averaged around 1,400 in the National League has spent most of its existence in the Midland Football League, Northern Counties East League and Northern Premier League.

The success of Harrogate is down to the father and son team of the Weaver’s. Father Irving bought the club back in 2011. Two years earlier son Simon was appointed as Manager at the age of 31.

In his first season in charge the club finished bottom of the Conference North and were due to be relegated. However, Northwich Victoria were demoted due to financial problems and Town were reprieved.

The club finished sixth in their first National League campaign and were rewarded with a play-off game against AFC Fylde. Unfortunately for the Yorkshire side they were beaten 3-1 and lost out on the chance to become a Football League club.

Fast forward a year and Harrogate and the Weaver’s have been rewarded for their hard work and dedication by securing a place in the English Football League Two.

When the season starts again, little Harrogate will no doubt be written off. But in Yorkshire folk are made of true grit and with the enthusiasm of both father and son this little football club could well climb up the Football League ladder and continue to make Yorkshire proud.