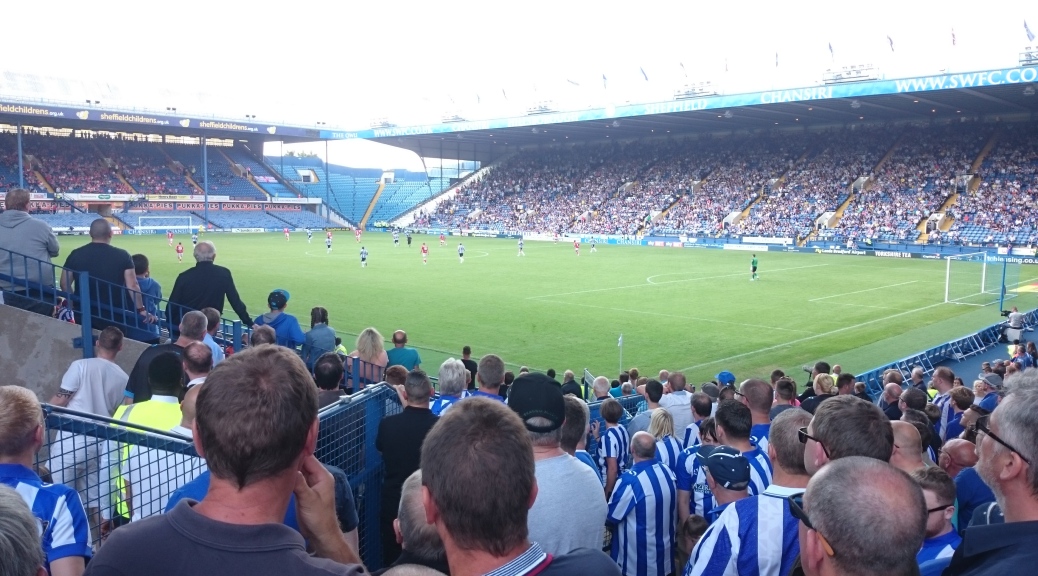 After the fulltime whistle some Sheffield Wednesday fans thought that it was the end for manager Carlos Carvalhal, venting their frustrations and anger on fans forum sites.

Carvalhal took Sheffield Wednesday to the playoff semi-finals last season, but defeat against Huddersfield Town meant that they would have to endure another season of Championship football.

The Owls have started the season with just 3 victories in their opening 9 matches and currently lie in 10th place in the league table, 5 points behind rivals Sheffield United who are currently flying high in 3rd.

There were calls for the Portuguese manager to go following the playoff defeat last season, but the club came out and announced that he would be staying on as manager, and they backed their man this summer allowing him to bring in the likes of George Boyd, Joost Van Aken, and Jacob Butterfield, in hope that they would be the men to guide the club out of the Championship and back to the Premier League.

Even though there have only been 9 games of the league campaign and some football fans will say it’s far too early to be thinking about sacking a manager, some sections of the Hillsborough faithful thought yesterday was enough and want to see a change at the helm.

Sheffield Wednesday fans do you want to see Carlos Carvalhal stay or leave your football club? Let us know in the comments section…

Carlos had a dream is a chant sang week in week out by Sheffield Wednesday fans all over the country but the 2017-18 season started somewhat of a nightmare for the Owls picking up 7 points in August.

It is a well known fact the side from Hillsborough have forked out massive amounts of money on new players over the past year and a half bringing in the likes of Steven Fletcher and Sam Winnall who they have since loaned to Derby County.

After an opening day defeat away at Preston the Owls then failed to win against QPR, Sunderland at home and away at Burton Albion.

There was a time that looked like Carvahal’s reign as manager was coming to an abrupt end after failing in the playoffs in the previous two seasons against Huddersfield Town losing on penalties where Jordan Rhodes refused to take one and in the final against Hull City in 2015-16 1-0.

With many Wednesdayites happy with the improvement in recent seasons failure when it matters the most has become a frustration for them and also not giving U23 star George Hirst a crack in the team after his sensational goal scoring run in the Premier Development 2 league winning side last season.

What has turned the fortunes around then?

With a win away at Fulham in late August thanks to a goal from Fletcher this is where fortunes changed and bringing the Scotsman back into the starting line-up has helped to as he netted in Saturdays convincing 3-1 victory over Nottingham Forest.

Tuesday night also saw the Owls gain a crucial victory over Brentford that was influenced by the impressive Barry Bannan who has stepped up his game dramatically of late and he has dictated games.

Saturday is another big test as the Owls go to Cardiff before going into the Steel city derby a week on Sunday .