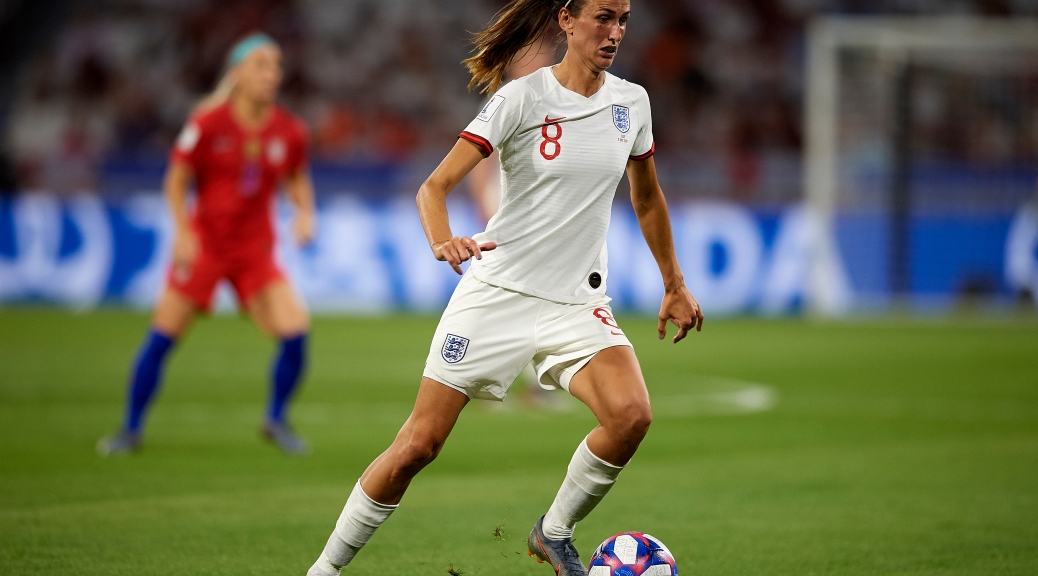 England are in action for the first time in almost a year tomorrow in their first game under new boss Hege Riise, as they take on Northern Ireland in a friendly at St George’s Park.

It is the first of a double header of games for Riise and her squad in the upcoming months, as they attempt to build some momentum ahead of the rescheduled European Championships, which will take place on home soil next year.

They face Canada on 13th April in their second fixture announced by the FA, with many players hoping to impress in these two fixtures and make the Team GB squad for this summer’s Olympic Games in Tokyo

Tomorrow’s game will be the first meeting between the two nations since 2008, when the Lionesses triumphed 2-0 during a European Championship qualifier at Mourneview Park.

Much has changed since then, especially for the Green and White Army, who have enjoyed an upturn in form under former Derry City boss Kenny Shiels, winning their last four Euro 2022 qualifying games to secure their passage to the two legged play off games in April.

The exhibition game is as beneficial to Northern Ireland as it is England, as it forms part of their preparation for the crunch two legged tie. It is their sole fixture before the historic games, which will take place in less than two months time.

England, who are ranked sixth in the world and 43 places above their opponents, have not played since they were defeated 1-0 by Spain in March of last year.

Riise has stuck with the majority of the squad who played in what turned out to be Phil Neville’s last game in charge before taking up a role as Inter Miami manager, naming ten Manchester City players in her twenty-one strong panel.

One of the stalwarts included is on loan Everton midfielder Jill Scott, who is in line to make her 150th appearances for the Lionesses at St George’s Park tomorrow.

Demi Stokes is injured along Chelsea duo Millie Bright and Fran Kirby who both withdrew from the squad at the weekend and were replaced by Manchester United defender Millie Turner and Arsenal winger Beth Mead, who had narrowly missed out in the initial squad announcement.

Nikita Parris is another notable absentee. The Lyon forward is unable to join up with the team due to Covid-19 travel restrictions. Toni Duggan, who now features for Athletico Madrid, is another who misses out on selection.

Man City’s Ellie Roebuck seems the most likely of England’s inexperienced goalkeepers to get the nod to start in goal.

Captain Steph Houghton will be partnered by Arsenal centre back Leah Williamson, whilst FIFA Best Winner Lucy Bronze and Rachel Daly will line up at left and right back respectively.

Jordan Nobbs and Jill Scott should feature in the centre of the park and will be flanked by Chloe Kelly and Georgia Stanway on the wings. Bethany England and Ellen White should start up front.

Riise gave her inaugural press conference ahead of the game, expressing her satisfaction with how the training camp before the game has gone so far:

“We are delighted to have a fixture against Northern Ireland, to prepare ourselves for this week and I have been very impressed by the spirit and determination I have witnessed from our players in camp so far.”

Kenny Shiels is missing a number of influential members of his team and so again has opted to name quite a youthful squad, with seven changes from their last outing against Faroe Islands in December.

The stand out call up is for 16 year-old defender Ella Haughey. The Lisburn Rangers full back had been training with the senior side on a trail basis before receiving the call that she would feature in the squad for the game.

The teenager this week cited Lucy Bronze as one of her idols growing up and told the BBC that:

“It’s hard to put into words how much the call up means to me”.

She joins Crusaders goalkeeper Maddy Harvey-Clifford as the only other uncapped member of the squad, coming in for Forfar Farmington goalkeeper Lauren Perry.

There are recalls for Linfield duo Casey Howe and Rebecca McKenna, as well as Birmingham’s Rebecca Halloway and former Hearts midfielder Louise McDaniel.

Demi Vance is out with a knee injury whilst sisters Caitlin and Kirsty McGuiness are unavailable for selection.

In a huge boost for Shiels, star striker Simone Magill has recovered from her injury and is included in the travelling squad. She is part of the experienced spine which Northern Ireland have, which includes the likes of centre backs Ashley Hutton and Julie Nelson as well as midfield trio Rachel Furness, Sarah McFadden and Marissa Callaghan.

Given how well their 4-3-3 formation served them in the thrashing of the Faroe Islands, Shiels is likely to stick with his tried and tested methods.

Burns is a nailed on starter in goal and will have experienced duo Hutton and Nelson at centre back, with Halloway and Caldwell completing the back four.

In front of them, Northern Ireland will likely line up with a midfield three of McFadden McClaron and Furness, the latter two being some of the Green and White Army’s more creative players.

Magill should slot back into the side and lead the line with Wade and Wilson lining up on the flanks.

Ahead of the mouthwatering encounter Shiels was realistic in his assessment of the task ahead of Northern Ireland, but was keen to stress that whatever the result, it will be a great learning curve for his side:

“When we leave England after the match I will know straight away what we learnt from the game,

“The result will not be indicative of what we are looking to achieve. As long as the girls get better collectively then we will get better as a team, and it is inevitable that results will follow.”

The game kicks off at 12:30pm tomorrow and is available on the BBC iPlayer and website.