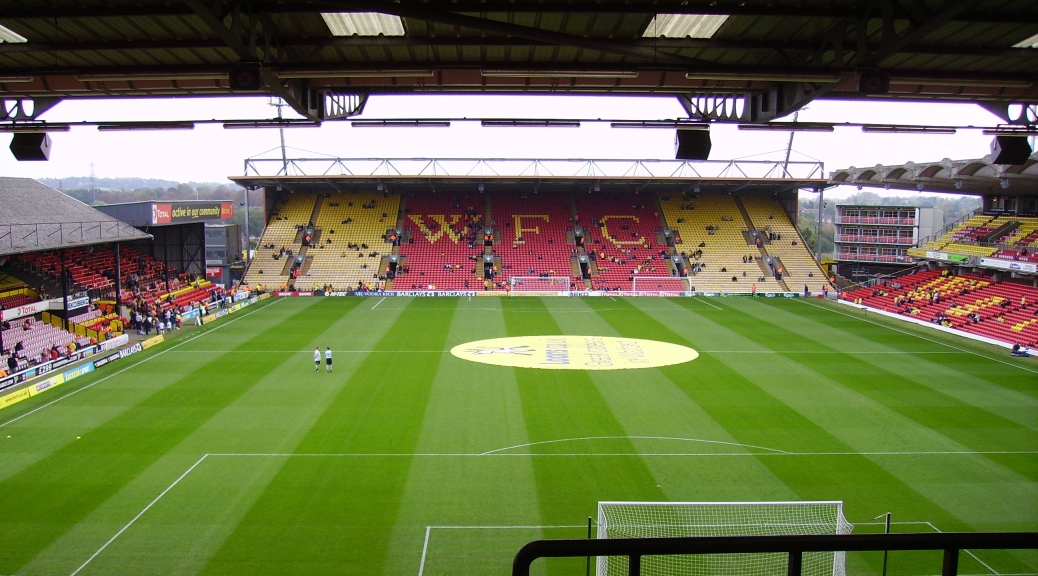 Watford face fellow unbeaten side Manchester City, who could bring the first real challenge for Marco Silva’s side.

Portuguese born Silva could lead Watford to top of the table, for the 2nd time in Watford’s existence but insists the fixture is ‘just another game’.

Last time Watford hit the top of English football was September of 1982 when Survivor were No.1 with Eye of the Tiger and Luther Blissett ended the campaign top scorer with 27 goals.

Manchester City have started the campaign strong with three wins and one draw, scoring 10 and conceding just 2 goals.

They come off the back of a 4-0 win against Feyenoord in the Champions League on Wednesday night.

City are still without skipper Vincent Kompany due to a calf injury sustained on international duty with Belgium.

Yaya Touré has been rumoured with fitness issues, while Raheem Sterling is available after his one match suspension.

The Hornets are without Miguel Britos’ due to suspension, Kiko Femenia and Younes Kaboul both picked up knocks against Southampton at the weekend, Craig Cathcart out with a knee injury along with Roberto Pereyra (groin), Sebastian Prodl (hamstring) and Dja Djedje with a knock.

The last two games have seen City score 7 compared to Watford’s 2 however, Watford only sit two points behind the Blues but the likes of Jesus and Agüero will prove difficult for Kabasele and Mariappa.

Last season Manchester City triumphed both meetings with Hornets, winning 2-0 in December and 5-0 in May.

After replacing Mike Phelan in January of this year, Silva’s Hull were fairly consistent beating Bournemouth 3-1 and drawing 0-0 with Manchester United.

However Silva departed and has had a strong start with Watford with 8 points claimed and no losses so far.

Guardiola has also had a solid start with Manchester City, level at the top with Manchester United on 10 points and still unbeaten, looking for another 3 points to take them above their Manchester rivals who play on Sunday at 4pm.