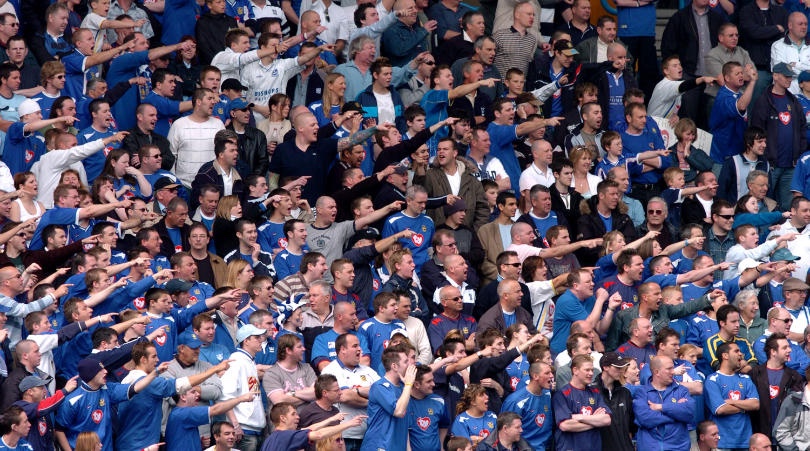 The eagerly awaited South Coast Derby eventually came last night, as league 1 Portsmouth took on Premier League Southampton. It was the first derby between the two teams since 2012, and predictably enough, went the way of Southampton.

The scoreline might seem a tad harsh on Portsmouth, who fielded a strong side last night. The side bore close resemblance to the team that narrowly missed out on Promotion from League 1 Last season.

Southampton for their part were fresh, following being beaten in another South Coast Derby on Friday night against Bournemouth. That game saw them on the wrong end of a 3-1 scoreline, so last nights game was always going to be a tall order for Portsmouth

Portsmouth more than held their own for 30 minutes, before making two sloppy mistakes by their standards. These defensive errors, which led to Danny Ings Scoring two goals. 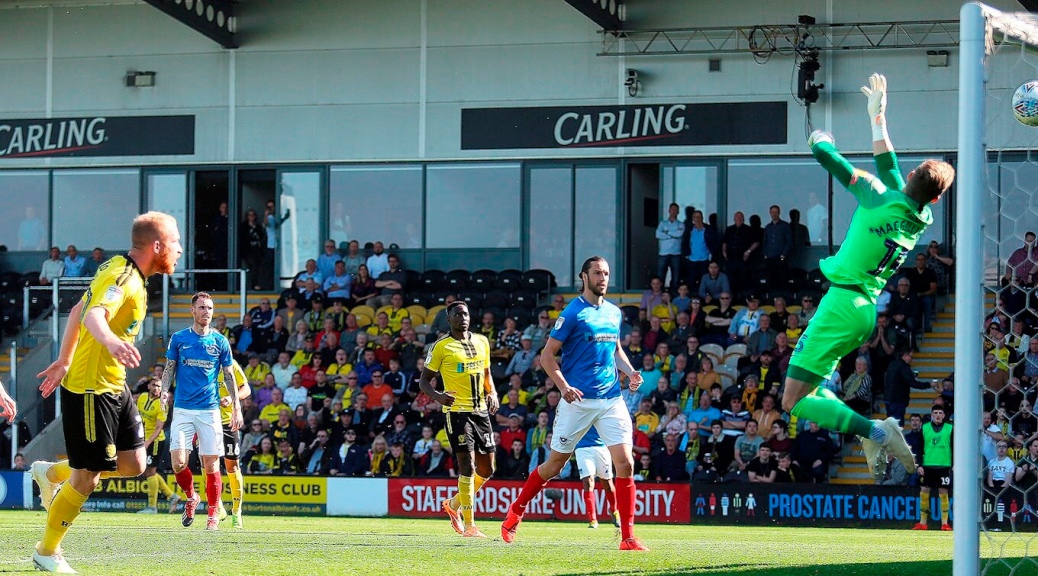 For Portsmouth it marks the return to league action after the international break, where they had to postpone their last match with Southend due to International Call ups and when they were due to play Bury. Last Saturday they played Norwich City U21 in a rearranged Leasing Cup match – as Bury have sadly been expelled from the league.

Kenny Jackett’s men will be raring to go having beaten Norwich U21 3-1 with no new injury worries, aside from Lee Brown (Achilles), Marcus Harness (thigh), Bryn Morris (groin) and Jack Whatmough (knee), who were already ruled out.

Gareth Evans is also fit again, after missing the game against Norwich with a dead leg.

Burton however have doubts over Liam Boyce (hamstring) and Scott Fraser (dead leg) – who were both withdrawn on Saturday – and Jake Buxton (ribs).

Portsmouth currently sit 18th in League 1, with just 1 win in the last 5. Burton Albion, who under the guidance of Nigel Clough, are unbeaten in their last 6 games and lie 11th in the table

As Kenny Jackett explained, it will be a tight and tough game.

Burton will be a well organised and resilient outfit to break down, so it should be a good game, as the head to head count below shows: 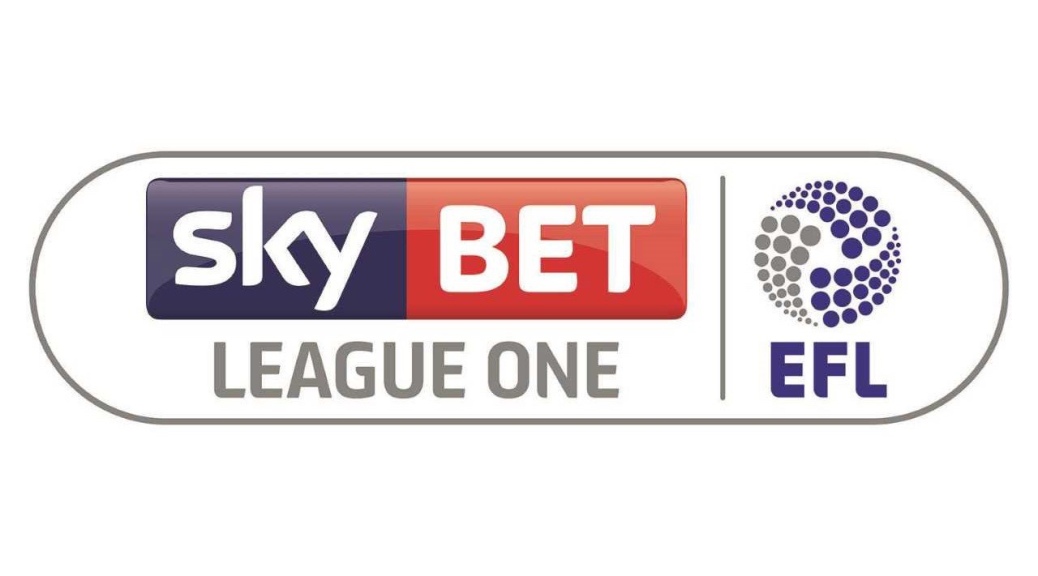 As we approach week eight of the League One season, there have been a few surprises up and down the table.

Wycombe Wanderers have been the surprise package under Gareth Ainsworth this season, as the Chairboys sit top of the table, unbeaten this season.

Defender, Joe Jacobson has been the stand out performance so far as he has managed to grab four goals already this season.

Second place, Coventry City are level on points with the Chairboys, but sit behind them through goal difference.

Another side unbeaten this season, Mark Robins’ men have been producing eye watering football at their temporary home, St Andrew’s.

Ipswich Town are currently sitting in third place, a point behind the top two, but with a game in hand.

New signing, James Norwood has looked like signing of the summer in League One so far this season, as he currently has five goals in six games for the Tractor Boys, who will be fighting for promotion under Paul Lambert this season.

However, Portsmouth, a team who looked to be fighting for promotion, is struggling in 18th place with only one win this season. No one would’ve predicted this start from Kenny Jacket’s side.

Another side struggling is Southend who are second from bottom, losing six out of six.

The Shrimpers have only scored four goals this season and conceded 17, which is the joint most amount. The Seasiders have a lot to do if they want to stay in League One this season.

Bottom of the table, Bolton Wanderers currently have -11 points, but with a new owner and an addition of 10 new signings, the Trotters will be hoping to pick up more points to try and get out of the relegation zone. 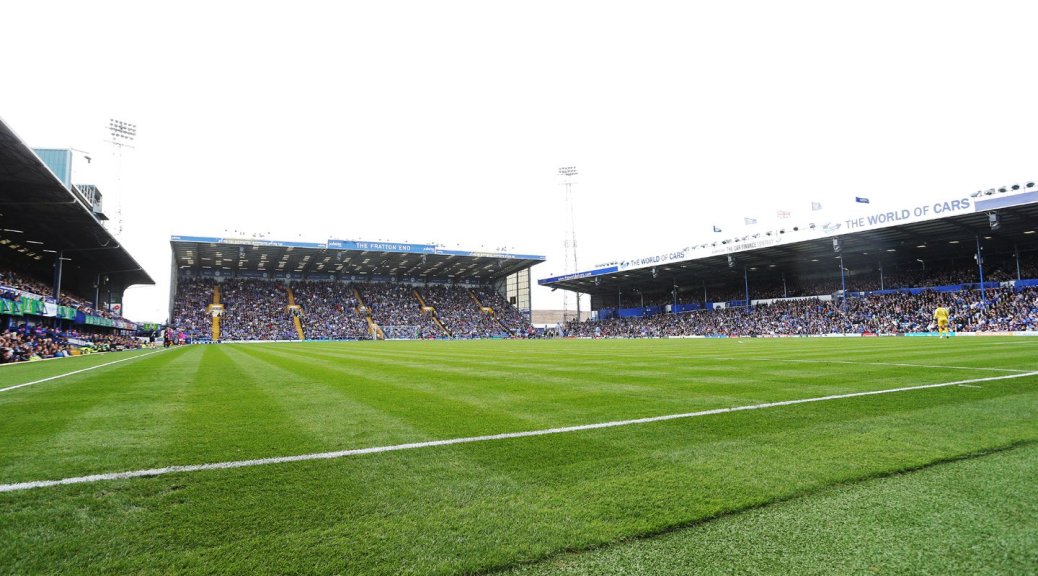 This evening sees Portsmouth, take on League 2 Crawley Town, in the first game of their defence of the previously named Checkatrade trophy.

On paper, this looks a routine home win for Portsmouth, who though they have faltered in recent weeks, thanks to a stop start season, for one reason or another, seem to have steadied their ship slightly and altered their formation from last seasons 4-2-3-1 to a more attacking 4-3-3 formation

Solid, but careful summer recuritment has seen James Bolton arrive from Shrewsbury Town, Ryan Williams, previously a player at Fratton Park, return to the club, along with John Marquis, the hot shot striker better known for playing for Doncaster Rovers last season, who is also returning to the club

Also, added to the ranks is Ross McCrorie, on a season long loan from Rangers in Scotland and Sean Raggett, who is better know for playing for Lincoln City and rose to fame during their epic cup run, which included Raggett, scoring the goal, which  knocked Burnley out of the FA Cup a couple of seasons ago.

Fratton Park, while not expected to be full, will be rocking with the Fratton Faithful making their usual noise as the teams 12th man to roar them over the line.

Both teams know each other well, having played each other in the same competition last season and also in pre-season as well.

It is the third year in a row that the sides have met in this stage of the competition – and the Blues won both of the previous meetings.

A 3-1 victory in Hampshire in October 2017 was followed by last season’s 1-0 success in West Sussex, courtesy of Dion Donohue’s strike.

Ronan Curtis (Republic of Ireland), Craig MacGillivray (Scotland) and Ross McCrorie (Scotland U21) are away on international duty.

Defender, Joe McNerney (back) is currently sidelined for the visitors, who otherwise have a clean bill of health.

Boast a good strong side and currently sit 8th in the League 2 table, so the game should be entertaining. They have lost just 2 of their opening 6 matches.

In the last 24 hours they have terminated the contract of striker, Dominic Poleon, so he can join Newport County and have signed Jamie Sendles White, who used to play for Swindon Town.

It promises to be a close game with Portsmouth expected to edge the game. 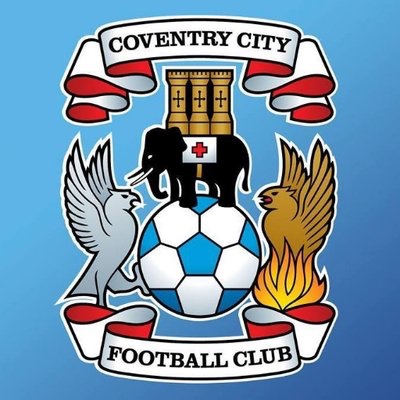 The Sky Blues are heading into their second season in League One, after a successful return last year.

Mark Robins has brought in 10 new players, hoping that they can add fuel to the already lit fire, as Coventry look to reach the play-offs this season.

Robins has also sold 11 players and has loaned out three youngsters; Robins has had a big revamp with the squad and looks to have a master plan coming together nicely.

The gaffer will be looking at key players to step up this year and to guide the side into the players.

Skipper, Liam Kelly had a brilliant season last year and will be hopeful to continue that run of form this year alongside, Jamie Allen, who was signed for an undisclosed fee of league rivals, Burton Albion.

New goalkeeper, Marko Marosi, will also be a key player for the Sky Blues this year, as the Doncaster favourite last year turned down a contract to join up with Robins, the Slovakian will hope to impress the Sky Blue Army.

Veteran defender, Kyle McFadzean is the ideal replacement for Jordan Willis, who left for Sunderland this summer, with McFadzean’s experience and strong approach, he is a great addition to the squad.

New French winger, Wesley Jobello, who has caught the eye of fans during pre-season, will be a vital member of the squad, with his skill, pace and strength.

Fans favourite, Max Biamou, who has returned from a serious injury, is hoping to have a successful one and replicate his 2017/18 season.

There will be a few clubs looking to rival the Sky Blues this season for play-offs and promotion.

Here is a preview of the big hitters for this season.

One of the main contenders for promotion is Sunderland, who have already signed three former Coventry players this season; Lee Burge, Jordan Willis and Marc McNulty; as well as making other key signings, Sunderland look likely to gain promotion this season, after missing out last year in the play-off final, losing to Charlton. Prediction: 1st

Another rival for promotion is newly relegated, Ipswich Town, who have signed highly rated striker, James Norwood from Tranmere Rovers, the Tractor Boys don’t look like they will be short of goals with Freddie Sears also adding to the fire power. Prediction: 2nd

Peterborough United will also be aiming for a top two finish this season under Darren Ferguson, after finishing just outside the play-offs last season. Ferguson has brought in experienced players that’ll be key for Posh this year; with the likes of Mark Beevers, Mo Eisa, Christy Pym and George Boyd, who has rejoined as a club legend, the manager has made his intentions clear for promotion this season. Prediction: 3rd

Another contender to go up this season is Rotherham United, after a poor season in the Championship, Paul Warne and his Millers will look to make amends, a reshaped Rotherham side could give them the confidence to get straight back up to the Championship at the first time of asking. Prediction: 4th

Portsmouth are a club who are looking for an automatic spot this season, a team who beat the Sky Blues twice last year, have added to their already strong squad; by bringing in play-off contenders, Doncaster Rovers star striker, John Marquis. Pompey will be a real threat against Coventry and the teams up and around them this season. Prediction: 5th

Doncaster Rovers look to be the Sky Blues closest rivals for that final play-off spot, With the loss of their star goalkeeper, Marko Marosi to Coventry and striker Marquis to Portsmouth, Donny have struggled this summer but with the addition of Reece James from Sunderland and Madger Gomes from Deportivo Alaves, Rovers will still be hot on Coventry’s tail for that last play-off sport. Prediction: 7th