He had been at the helm for less than a year, managing The Iron for only 209 days.

209 Days doesn’t sound long and in some ways it’s not, but given that a new manager needs time to get to know his players, implement his ideas, then get the team playing the way he wants, without factoring in injuries and suspensions, then it’s a relatively short period of time.

This prompted speculation that Chris Powell, the manager at Southend, was going to be next.

A surprising factor in McCall’s sacking, is that Scunthorpe, though on a bad run of results, weren’t in the relegation zone. However, as you will have read above the loss ratio was very poor, and on paper 60% looks disastrous both to fans and the board, but when you factor in the well-documented, mitigating circumstances, then perhaps his record shouldn’t be as heavily frowned upon.

Though McCall and Scunthorpe parted company yesterday, Chris Powell at Southend was still in a job, despite suffering a 2-0 defeat to Peterborough at the weekend, a performance in which the players looked lazy and lacklustre.

Comparing the two teams’ records this season, on current form, Southend sit in 20th position, currently safe from relegation, just one place from the 4 teams below them trying to get out of the drop zone. However, they have not scored in their last 2 matches and during March alone have scored just 3 goals, conceding 12.

So whilst the speculation about Powell intensifies, it is worth remembering that Phil Brown, a previous incumbent of the hot seat, went through a similar rough patch during his tenure, so Southend do have a history of sticking by their managers, before pushing the panic button.

All the named managers were able to achieve stability for a small town club, without massive finances, and kept them in the division they were in, or managed to get the club promoted against this backdrop.

With such a track record,  it could be argued that Powell will have time on his side, and the backing of the board, to help keep Southend afloat.

Appointed in January 2018, he inherited a side low on confidence and had only a couple of months until the seasons end in April to steady the ship.

Add pre-season into the mix and then you come back ready for the rigours of a new season. The fact that Powell hasn’t yet had a full season at the helm could be a major influence in why he is entrusted as club manager.

An organised, efficient manager; he gets his teams organised and hard to break down, so despite the speculation,  Powell could still turn things around.

The fight for Premiership survival has entered the business end of the season, and each game is slowly becoming increasingly more crucial for the teams fighting to avoid the drop.

With just 7 games to go, it looks beyond possible for both Huddersfield and Fulham to escape relegation.

Huddersfield have a mere 14 points and Fulham just 3 more than that. It looks impossible for them to catch up with Burnley who currently sit 17th with 30 points on the board.

Even if Huddersfield and Fulham were to win all of their remaining games, they would still only sit on 35 and 38 points respectively, which even then leaves both teams looking at relegation.

A Burnley win this weekend would bring the Lancashire-based side up to 33 points, virtually dooming the bottom two clubs, Huddersfield and Fulham, to the drop.

Cardiff still have a fighting chance of staying up, but their inconsistency this season means they find themselves in the relegation zone, but the current form table paints a hopeful story for the Welsh team.  Cardiff sit 12th based on recent form, having had 3 wins in their last 6 games.

Talking of 12th, looking at the present standings in the Premiership, that position is occupied by Bournemouth on 38 points, just 2 points away from the safety margin of 40 points.

When you look at the current form, then it makes dodgy reading for the Cherries, because with 1 win in the last 6, they currently sit 3rd bottom, suggesting that although they appear safe, there is still work to do.

In terms of consistency, Burnley find themselves in the same position in the current form guide as they do actual position, but you would back the clarets to find form at the right time, as seems to happen with them most years under Dyche.

Either way, it appears most clubs are entering the infamous ‘squeaky bum time’ of the season, and if you were a betting man, then you would probably get good odds on betting against the current bottom 3 being the ones to make the drop. 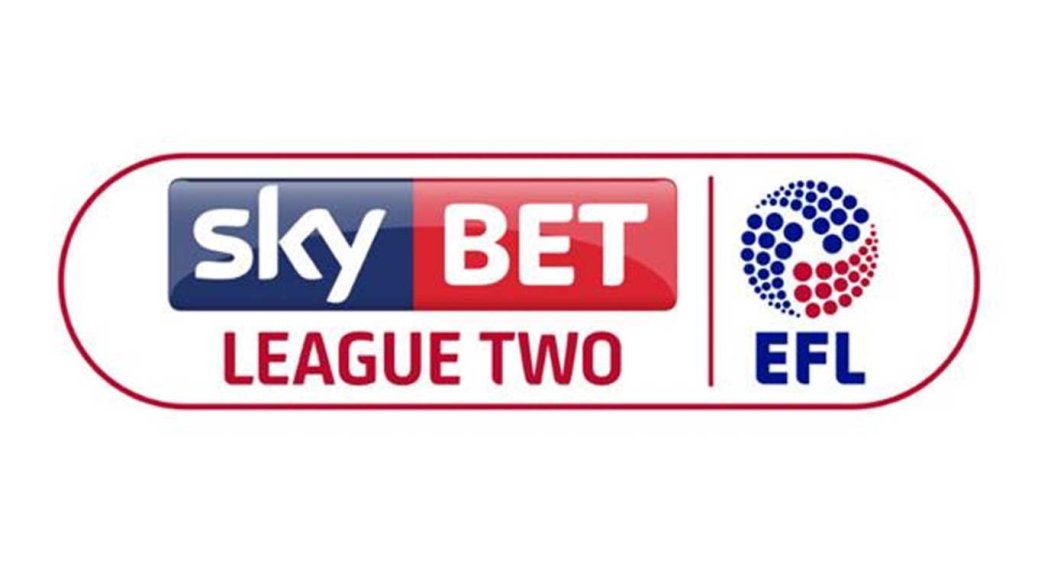 The basement division of the Football League, League Two, is highly competitive year in year out with teams ensuring they don’t fall through the trap door and into non-league football at one end and at the other, teams desperate for promotion and the opportunity to play some well established and reasonably sized clubs in League One.

Some big clubs have fallen out of the Football League and struggled to come back with the likes of Wrexham FC, Stockport County and Macclesfield Town to name a few still plying their trade in the non-league side of the game.

With this in mind, we take a look at the clubs who look like getting promoted this season and those who unfortunately look like falling out of the Football League.

Firstly at the bottom end of the table, Barnet FC who currently occupy the last place are going to need a miracle to survive. The ‘Bees’ find themselves 7 points adrift of safety and with just 1 win in their last 5 games, they look a team bereft of confidence. The club did this week part company with manager Graham Westley and immediately after announced that Martin Allen would be back in the hot seat for the FIFTH time.

Whether Allen can provide the great escape remains to be seen, but with the club still having to play teams around them this could provide them with a platform for that escape.

The other team in desperate trouble at the wrong end of the table are Chesterfield FC, who like Barnet have gone through a change of manager this season as they bought Jack Lester in to replace Gary Caldwell in September. Despite the change of management the ‘Spireites’ still find themselves in trouble as they are 6 points adrift of Grimsby Town who are just above them in the league table, and with the two sides locking horns in early April it could be the decider as to who ends up going down.

At the top end of the division sees the side with one of, if not the smallest budget in the league flying high. Accrington Stanley finds themselves top of the league 3 points clear of Luton Town with a game in hand and on a run of 9 games unbeaten.

John Coleman’s men have surprised many to be sitting top of the league with just 9 games to go, but having played some attractive attacking football and having 3 players in double figures with goals its hard to deny ‘Stanley’ top spot in the league table. If they can continue the terrific run they have been on then come May they will be lifting the league title.

Luton Town were the early pace-setters in the league but recent form has seen them slip to second place and on a run of 5 games without a victory it will be cause for concern for the ‘Hatters’ supporters, as they would prefer to go up automatically rather than via the playoffs.

If the club can rekindle some of the form that they were in at the start of the season then there is no reason why they can go up automatically and also push Accrington all the way to the wire in terms of who will win the league title.

Wycombe Wanderers occupy the final automatic promotion spot in League Two and find themselves 3 points ahead of the chasing playoff pack. ‘The Chairboys’ have plenty of firepower in their team with Craig Mackail-Smith, Nathan Tyson and Adebayo Akinfenwa but indifferent form in recent times hasnt helped the club consolidate a strong automatic promotion spot.

Just two wins in their last five games will be cause for concern for the Wycombe supporters but with the playing staff they have access to and the fact that they are the leagues second highest goal scorers behind Luton, they will be hoping that they can fire themselves to promotion.