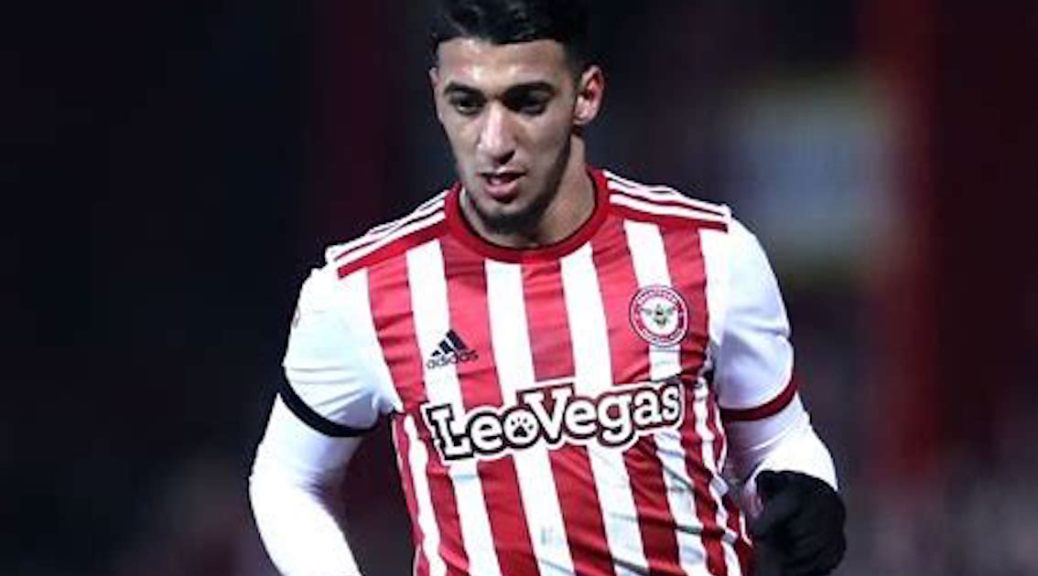 Said Benrahma is the name on every Championship fan’s lips this season as a series of sparkling displays have highlighted just how talented the 24 year old is.

A quick search of his name on YouTube and you’ll find some of the finest highlight reels in football, including an ingenious double nutmeg on Middlesbrough’s Lewis Wimg this term.

He is so good at sliding the ball through a player’s legs that Brentford B coach Sam Saunders recently told the Guardian:

“He could nutmeg a mermaid.”

Yet, Benrahma is so much more than just a tricky winger.

He has been the Bees creative force this season, forming an impressive attacking trio alongside Bryan Mbeumo and Ollie Watkins (who have been christened Brentford’s BMW) netting fifteen goals and providing six assists in the league.

Routinely deployed on the left wing, Benrahma loves to cut inside on his right foot and deliver a cross or have a shot on goal. He is one of the most technically gifted players in the division, with his dribbling often leaving defenders in knots.

His contribution to Brentford’s promotion push since the restart has underlined his importance to the Bees, scoring five and assisting one as Thomas Frank’s side have won all of their games since the break to sit just two points behind second place West Brom.

Three of those strikes came in the weekend’s game against Wigan, with the winger clinically dispatching the relegation threatened side with relative ease. His first was a well timed volley, the second an inch perfect cross come shot after he had tormented Byrne and the third a well placed shot into the far corner giving Marshall in goal, no chance.

Manager Thomas Frank was full of praise for the winger’s display, stating in his post match press conference:

“I think in general he has had a good season so far, but he has absolutely hit the ground running after this coronavirus break.

“He has added extra to his game, such as arriving in the box, and these last four games he has been getting better and better,  with his passing and his finishing.

“I have to praise him for his work ethic. He worked extremely hard. He has been good, he needs to keep it up.”

A Benrahma inspired Brentford then came from behind against Charlton at Griffin Park to continue their march towards promotion with a 2-1 win. Benrahma won and coolly converted a penalty to equalise before the Bees scored a second to pick up all three points.

He caused problems for Charlton all evening as he occupied a more central role, picking the ball up in between the lines and playing neat interchanges with Watkins.

His form this season will come as no great surprise to those who watched him at Griffin Park in his maiden campaign in England last season. He managed ten goals and fifteen assists last year as Brentford finished 11th but Benrahma has taken his game to new levels this year.

He represents another shrewd bit of business from the London club, as he was picked up in the summer of 2018 from Nice for a fee of £2.8 million, after catching the eye on loan in Ligue 2.

Having come through the youth ranks at Algerian side NRB Bethioua, Benrahma moved to France, linking up with Balma SC Colomiers and then moving on to Nice. He made his debut for the first team in 2013, aged just 18 but spent the majority of his time at the club in the reserve side before going out on loan. He left Nice having made 17 appearances, scoring three goals.

His first loan spell came in Ligue 1 with Angers, then he dropped down to Ligue 2 and had stints with Gazélec Ajaccio and Chateauroux. It was at the latter, which he first started to show his undoubted potential and came to Brentford’s attention. He scored nine goals in 31 appearances, aged just 22 and Brentford decided to take a risk and snap him up that summer.

He hasn’t looked back since and the Algerian is now surely worth at least ten times the fee Brentford paid for him. With a host of Premier League clubs sniffing around him, Benrahma is likely to leave if the Bees don’t make it out of the Championship this time around, having already talked of his desire to play in the top flight.

A full Algerian international, Benrahma has won three caps for his country and comparisons are often drawn between him and compatriot Riyad Mahrez. Both started their journey in Ligue 2 before lighting up the Championship and both are silky wingers who enjoy nutmegging opponents and creating chances.

If Benrahma, who was nominated for the Championship Player of the Year, manages to emulate Mahrez’s career trajectory he may well go down as one of the best bargain signings the Championship has ever seen.

For now, his focus will be on finishing the campaign strongly and propelling Brentford to the big time.

With just four games left of the regular season and potential play off dates to come if Brentford can’t pop West Brom to second place, now is the time for Benrahma to show his quality and provide for Brentford when they really need him.